Earlier today, the Honor smart screen was officially released in Dongguan. According to the company, the Honor smart screen is not a traditional TV. It is more like a smartphone that offers TV functions. Honor believes that its smart TV has an experience that completely surpasses traditional TV. The Honor smart TV has both the regular version and a Pro version. The former costs 3799 yuan ($538) while the latter goes for 4799 yuan ($680). The main difference between the two is that the Pro version comes with an AI pop-up camera for video calls, a built-in 32GB internal storage as well as 6 x 10W speakers. 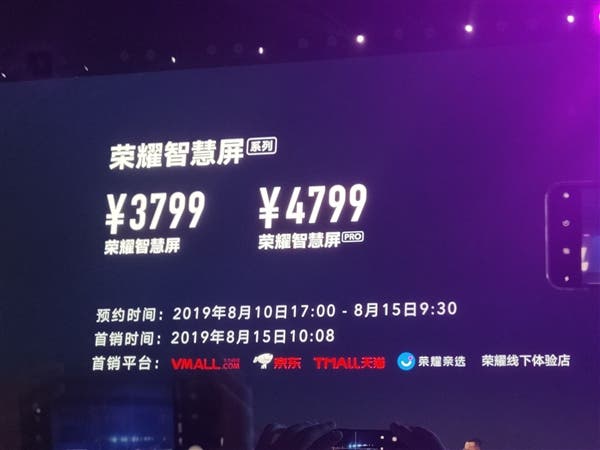 The Honor smart screen adopts a 55-inch three-sided borderless full-screen design. It comes with a screen ratio of up to 94% and a 6.9mm ultra-narrow body. This display also has a 3D arc full metal middle frame, diamond texture, and wonderful indication lights. The ergonomic dynamic screensavers and minimalist user interface design are other advantages. 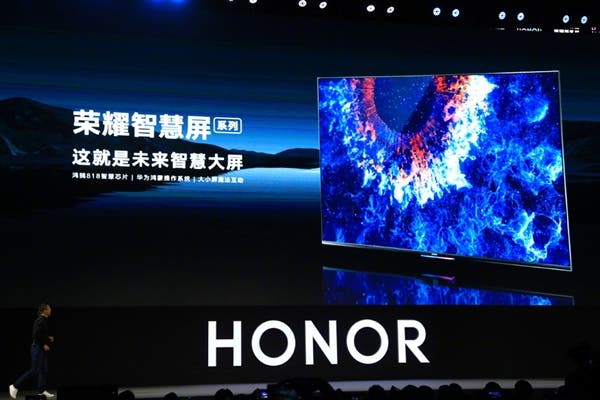 In terms of core configuration, the Honor smart screen is equipped with the Hongjun 818 smart chip. This is in conjunction with the NPU chip for the AI ​​camera, as well as the Hi1103 Wi-Fi chip for mobile operations. 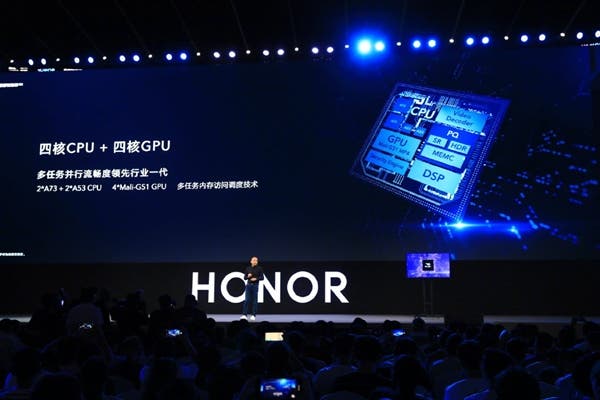 It is worth mentioning that this smart screen also comes with a HiSilicon Hi3516DV300 NPU chip for the pop-up AI camera. This enables it to have AI capabilities such as face recognition, portrait tracking, and posture detection. The camera can tilt down 10-degrees after being automatically raised to provide users with a better video call angle. When not in use, the camera will automatically retract which effectively protects the family privacy. 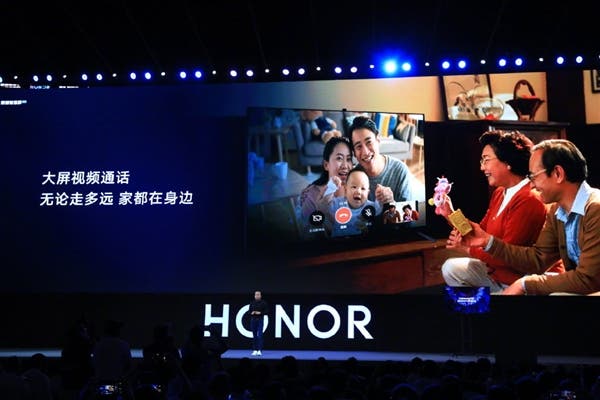 The Honor smart screen Pro is equipped with an AI automatic pop-up camera. This can capture 1080p HD call, up to 5 meters. It also comes with a 44.1kHz high fidelity sound quality. The camera can intelligently get enough light through the large screen light source even when there is no light in the room. In the “My Home” section of the Honor Smart Screen, users can quickly initiate a video call with one click.

One of the great innovations of this smart screen is that it has a new way of interacting with mobile phones and large screens. With the Magic-link flash function, you don’t need to download any apps on your mobile phone and big screen. You can easily cast your mobile phone content on the big screen by simply touching the NFC tag that comes with the phone (synchronization only takes 2 seconds). The delay is as low as 150ms. Watching videos, images, and playing games can all happen swiftly. The Magic-link magic control screen also enables control of the display from the smartphone.

Through the smart screen APP, the user can control the screen, searching for images and other controls.  The Honor smart screen also has built-in YOYO intelligent voice assistant. It revolutionizes the tedious steps of switching live broadcast. In addition, the Honor smart screen can be connected to the smart home. In terms of content, Honor smart screen integrates Huawei video, Tencent Aurora TV, Youku Cool, Mango TV, and has exclusive music channels and lossless music zone.

Previous iPad Pro (2019) will have a triple rear camera

Next Samsung: the frame of the new Galaxy Note 10 is not made of stainless steel