A new Xiaomi handset with quad-cameras has been spotted at the FCC today. Now, we don’t know the exact name of this device yet but the model numbers that got certified this morning are  M1908C3JH M1908C3JG. The FCC certification has revealed the phone’s from all dimensions clearly and the rumour mill suggests it is the Redmi 8 Pro. 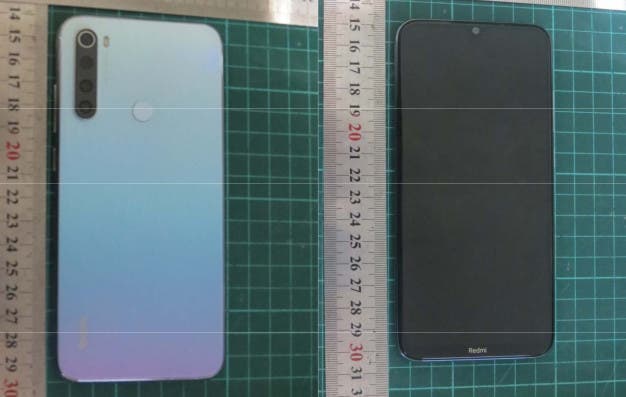 While we don’t know its official name yet, we suppose it could be the Redmi 8 Pro. FCC also reveals dimensions of the Redmi 8 Pro to be 158.29 x 75.3mm, and 155mm for the display, which is about 6.1-inches, dual-band Wi-Fi, 3GB/4GB RAM with 32GB/64GB storage. There are very few phones that come with a Redmi branding on the chin of the display and this handset is one of them. In fact, the Redmi 7A is the only phone that has this branding in India. However, since a quad-camera doesn’t look possible for the ultra-affordable device, we’re presuming it belongs to the Redmi 8 series.

Last week, a supposed Redmi 8 with model number M1908C3IC got certified by TENAA and it had dual cameras and a rear fingerprint reader. This model at the FCC is completely new and hasn’t been spotted on TENAA yet. When it does appear there, we expect its market name to be clear as well. Redmi is also readying for a launch of the Redmi Note 8 series, probably on August 29th of this month when it reveals its first TV.