Today, three of the top 5 smartphone manufacturers in China announced a cooperation. Specifically, Xiaomi, OPPO, and Vivo jointly launched a mutual file transfer service. This alliance aims to bring a better file transmission experience to users across the participating platforms. According to the official introduction, smartphones of the three brands can access cross-brand one-key mutual transmission without installing third-party applications. The inter-transmission supports a variety of file formats with high-speed and stable transfers. 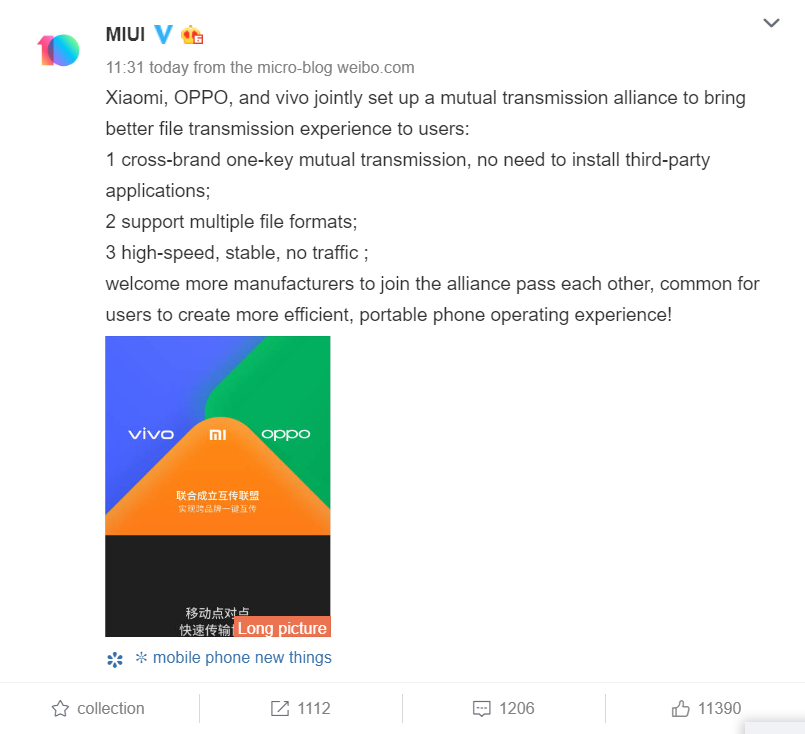 This feature would rely on Bluetooth, NFC, and other protocols while the speed can reach 20MB/s. Today, MIUI officially announced this alliance and said that it could go online at the end of August. With one button, transfers between these brands are possible using mobile point-to-point fast transmission protocol. In addition, it also has the advantages of fast matching, low consumption, and stability. 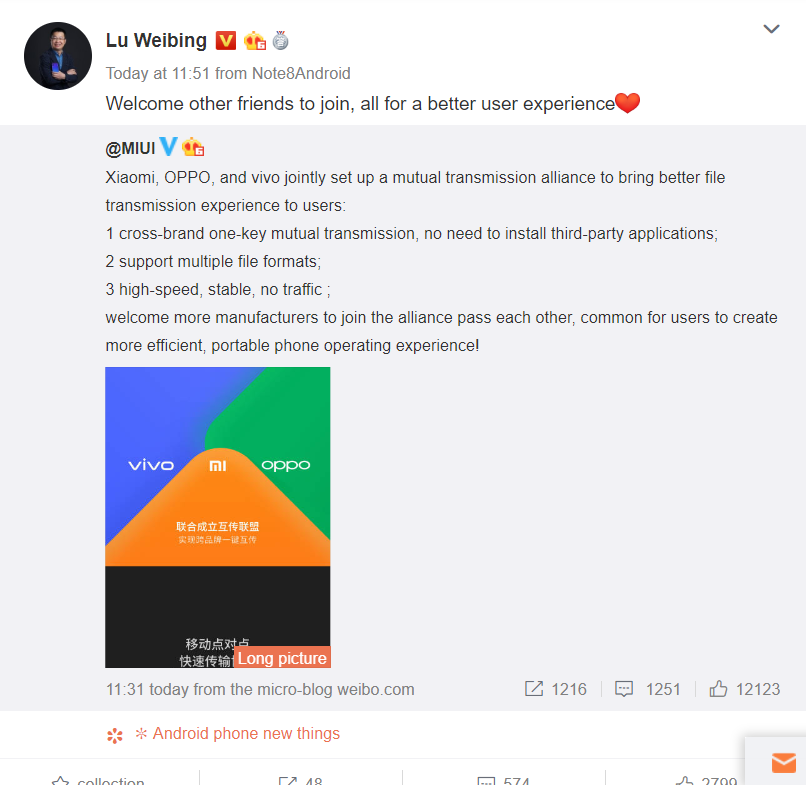