Today an alleged Huawei Mate 30 Pro promo image has surfaced on the web. It gives us another glimpse of the circular camera array that will be present in the flagship. This time, however, we can see four cameras in total, which goes against early rumors pointing to a triple-camera array on the flagship. 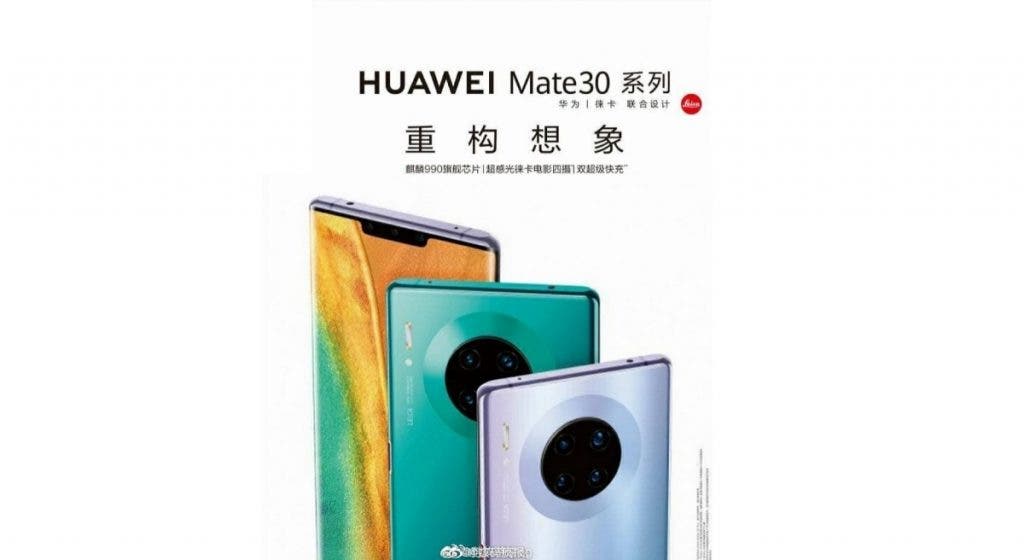 So, if the Huawei Mate 30 Pro is really debuting a fourth camera sensor, which role should it play? The Huawei P30 triple-camera array boasts an ultra-wide, wide and telephoto camera. According to cherrypicked info, this fourth sensor could be a 3D sensor, perhaps a ToF one. According to a leak, the Mate 30 Pro will get two big sensor – 1/1.55 for the main camera and 1/1.7 for the ultra-wide cam. When it comes to the third camera sensor, it will be a 5x periscope zoom module.

The promo image also mentions the Kirin 990, which arrival is practically confirmed within the Mate 30 series. The Wired charging will remain at 40W, but wireless charging is getting upgraded to 27W. Leica’s name is also mentioned alongside a further increase of the image sensor.

All details will be revealed in the next week with the launch of Huawei Mate 30 series scheduled for September 6. However, we all know, how difficult is to keep secrets in the smartphone industry nowadays. So stay tuned for more leaks about the Mate 30 series.