Huawei has added yet another tablet dubbed Huawei MediaPad M6 to its growing portfolio. The Chinese smartphone maker announced the device via its official Weibo account. The company has posted the device’s images and promotion materials revealing key specifications and availability details. Here is everything you should know about the recently-launched tablet.

The MediaPad M6 Turbo Edition comes in two different variants – 4G LTE and WiFi only. The WiFi-only variant of the tablet is priced at CNY 2,699 (roughly 377 USD) while the 4G LTE variant will set you back CNY 2,999 (roughly 419 USD). The tablet will be up for pre-orders starting from tomorrow via Vmall and JD e-commerce platform. You can get the tablet in two different colors namely Phantom Blue and Phantom Red. There is no word on whether the device will make its way to the global market or not. 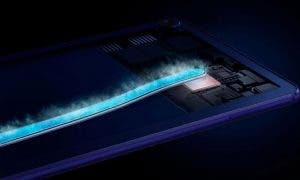 In terms of design, Huawei MediaPad M6 Turbo Edition looks pretty much similar to Honor 9X. It has a single module at the back with the company’s branding on the center. The tablet comes with an 8.4-inch 2K IPS display having a resolution of 2560×1600 pixels. Under the hood, the device is powered by Kirin 980 chipset coupled with 6GB RAM and 128GB onboard memory. For graphics, the device makes use of the capable Mali-G76 GPU.

In terms of imaging, there is a single 13MP camera at the back accompanied by an LED flash. For casual video calling, the device features an 8MP sensor. All of these is fueled by a massive 6,100mAh battery which does not support fast charging though. The tablet will take more than 2 hours to charge completely from zero to 100%. As per the claims, a single charge can give you 12.5 hours of video playback. For gaming, the tablet supports GPU Turbo 3.0 which is said to increase GPU and network acceleration.

For audio, it has stereo speakers with the support of Dolby Atmos and Dolby Vision. It is the first table to come with such audio enhancements. Speaking of first, Huawei MediaPad M6 Turbo Edition also comes with PC-grade liquid cooling. It has 200% larger heat dissipation area and can lower GPU temps by 5 degrees. The cooling tube used is 120mm long having three layers of graphite and thermal conductivity back cover. Another key addition is the Turbo button which is textured just like the OnePlus’s alert key. The Turbo key opens up game-specific features such as Game Space, memory clean function and various other game customizations.

Next Google Maps to Soon Come with Multi-Mode Transit Directions