This week, there were reports that the official version of Android 10 will arrive Pixel devices on September 3. Generally speaking, other OEMs will require more time to release this update but this year may have unexpected surprises. Today, a chat with an alledged OnePlus representative shows that the company may release  Android 10 on the same day as Google. According to the information on Reddit, OnePlus support online says “…we wish to provide an update simultaneously with the Android 10 launch, however, you will be notified regarding the update to your device and also in our website” 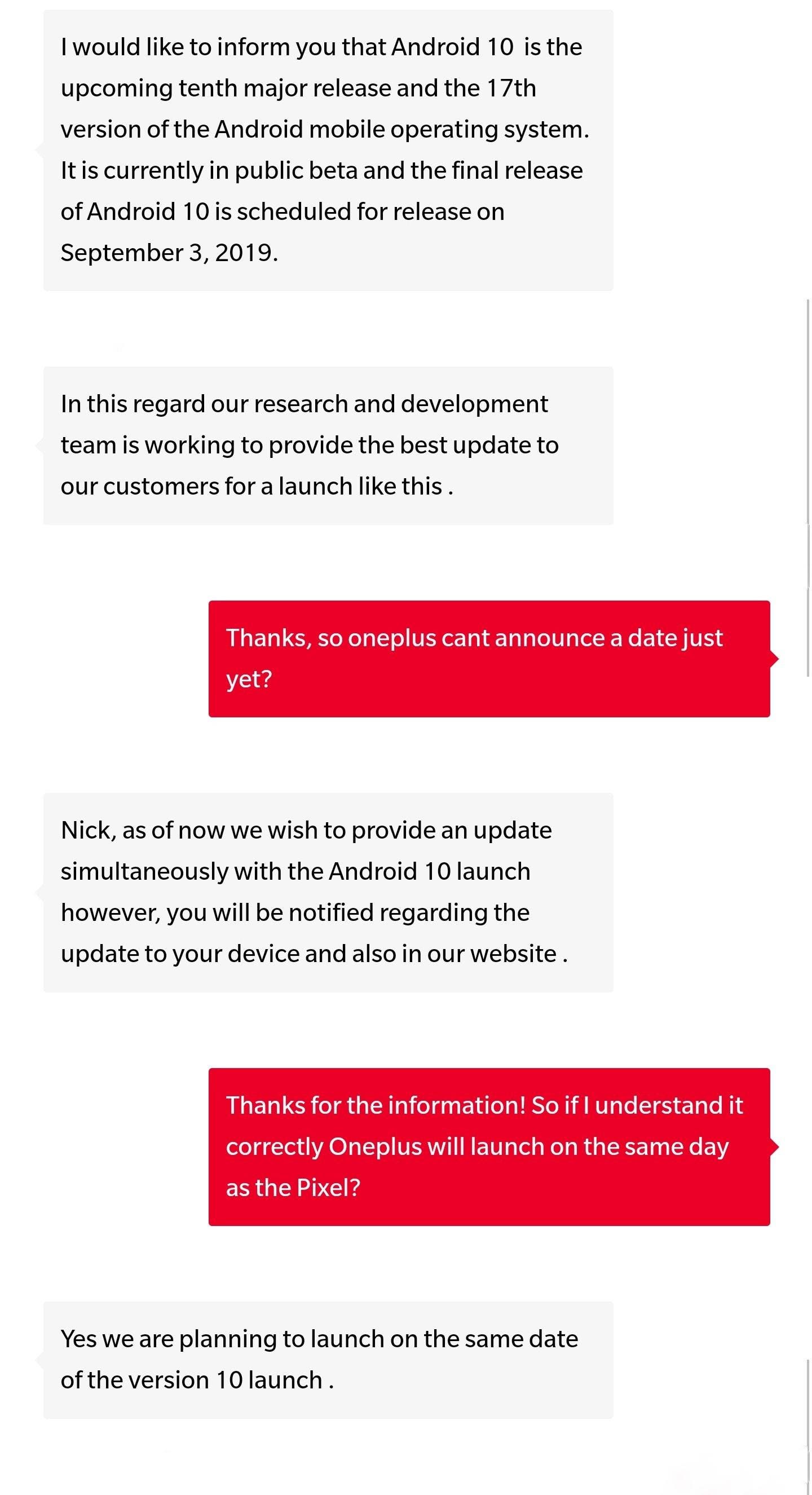 In the chat, the OnePlus team member also said the release date for the final version of Android 10 is September 3. This date has not been officially confirmed by Google and we are not sure why OnePlus will talk on it. In all, there is no official verification for this conversation. Thus, it is best to take this info with a grain of salt.

OnePlus’s system is the Hydrogen or Oxygen OS depending on if the phone is for China or outside China. Either way, OnePlus’s depth customization is usually close to the original Android system. However, this time, the company adds a couple of but this time distinctive changes which is worth looking forward to.