A few months ago we weren’t seeing much room for a OnePlus 7T or 7T Pro. However, rumors and consistent reports started to spread out revealing the upgrades that will justify the newer models. A new report came to push the OnePlus 7T and 7T Pro sooner than expected along with the OnePlus TV on September 26 in India. The OnePlus 7T Pro will be an incremental upgrade over the already amazing variant. The standard OnePlus 7T will also represent a major upgrade over the standard variant with a new rear camera system and a 90Hz higher-res screen. 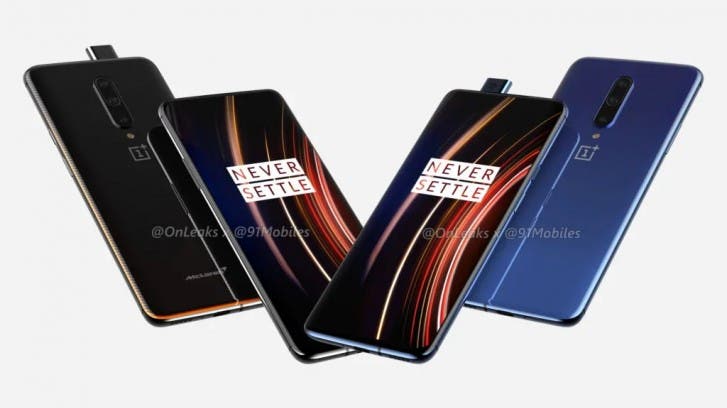 Today a couple of high-quality CAD-based renders leaked giving us a close look of the OnePlus 7T Pro along with a McLaren Edition. The new special unit of the flagship will come to succeed the OnePlus 6T McLaren Edition released last year. Interesting enough, the custom edition boasts the same colors, orange accents, and design language. The obviously changes are prominent of the OnePlus 7 different shape. It will also include a texture that covers the entire back panel. 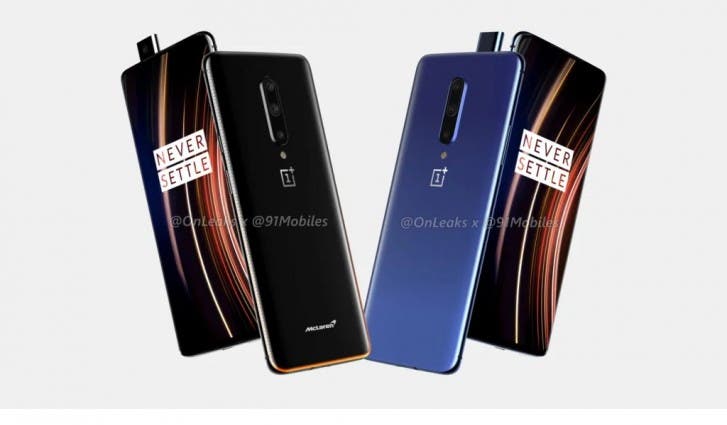 Previous renders have been pointing to the arrival of a circular camera array within the 7T Pro. However, considering this new leak seems that the device will be exactly similar to the OnePlus 7 Pro. Apart of course, of the incremental changes and the extra camera on the rear. It still is a rectangular island placed in the middle. There is a new Haze Blue color variant with looks stunning. 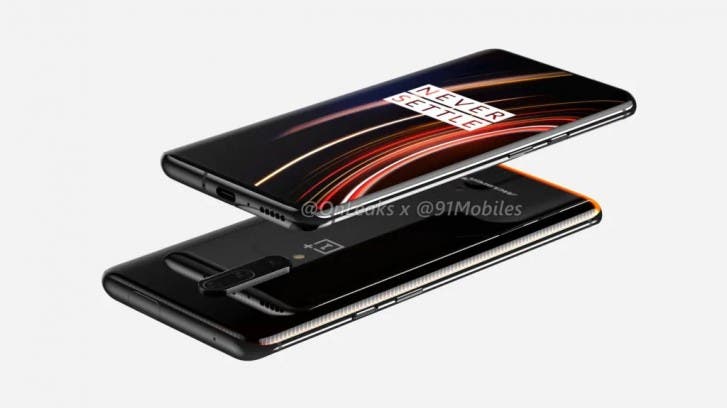 The 7T Pro will get a specs’ bump with the arrival of the overclocked Snapdragon 855+. The battery will also get extra 80mAh over the standard 7 Pro, now it’s a 4,080mAh unit. In the real-life, we believe that the battery endurance will be the same as the original model. Apart from these differences, everything else should remain the same. On the software front, both 7T phones will get a new macro mode for the camera, HEVC support for video recording, a new feature described as Hybrid Image Stabilization, and Warp Charge 30T, which is exactly the same as Warp Charge 30 except for the name.

Next Samsung Galaxy Watch Active 2 will come sooner than expected