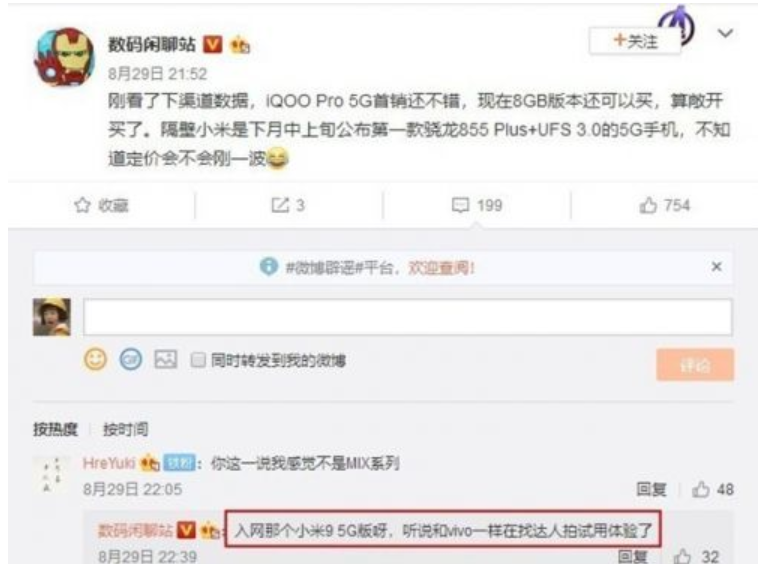 Xiaomi’s second 5G smartphone will be the Xiaomi Mi 9 5G version, perhaps it will use the name Xiaomi Mi 9S. As early as last month, the smartphone got 3C certification, 5G network approval, and the TENAA’s approval.

According to TENAA, Xiaomi Mi 9S is the 5G version of the Xiaomi Mi 9 model. Its overall design is basically the same as that of the regular version. It uses a 6.39-inch water-drop screen and the rear camera is still a triple rear camera setup. The only difference is that the fuselage of the Mi 9 5G is thicker. It increased from the original 7.61 mm to 8.95 mm and the left independent AI button is no more. The thicker fuselage can be understood because the 5G version should come with a bigger battery. The Xiaomi Mi 9S uses a bigger 4000 mAh battery which supports wired fast charge up to 45W. This smartphone will use a Snapdragon 855+ SoC and the display will be upgraded to 2K resolution. The rear camera also adds Optical Image Stabilization.

Previous The best laptops in 2019

Next Ulefone T2 shows its performance in a video