On September 2, Lu Weibing, the general manager of Redmi, announced on Weibo the sales target of the first Redmi TV is to double the current domestic 70-inch TV market.

First of all, Lu Weibing briefly introduced the current state of the domestic TV market: ‘At present, the monthly sales of the Chinese TV market are around 3.3 million units. The market proportion of the giant screen models is about 3%. The 70-inch single size occupies about 1%, which is 3- 40,000 units.’

He said: ‘Set a small goal first: The Redmi TV relies on 70-inch items to double the sales of this market!’

In other words, Lu Weibing hinted that the sales target of the Redmi TV’s 70-inch version is about 30,000 units/month. 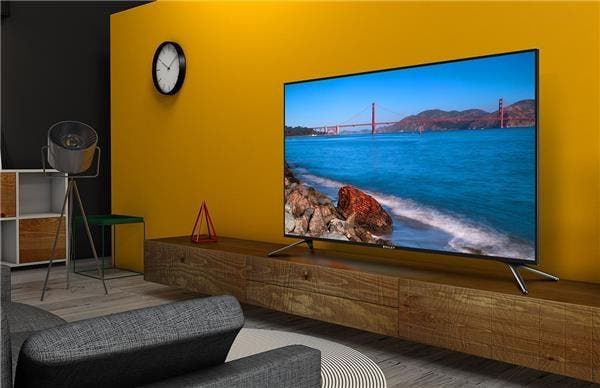 At the same time, he also revealed that the sales of Redmi TV are very optimistic: ‘Today, the Redmi TV 70-inch’s first batch went on pre-sale. Even now, we can say the demand is very strong! So currently, we are speeding up the production.’

The Redmi TV is equipped with a 70-inch 4K ultra-HD giant screen. Its display area is more than 60% than that of the mainstream 55-inch models. Redmi says the best viewing distance for the 70-inch TV is 1.9-2.8 meters. So it can be placed even in the small living room.

It comes with a sixth-generation Picture Quality Engine and is powered by Amlogic quad-core 64-bit processor. The latter is supplemented by a 2GB of RAM and a 16GB of internal storage. For a good sound experience, there’s Dolby Audio as well as DTS-HD audio. You also get 3 HDMI, 2 USB ports, and Dual-band WiFi 802.11 b/g/n/ac along with Bluetooth 4.2.