Samsung recently made the Galaxy A30s and the Galaxy A50s official in an ever-expanding A series of phones.  Now, 91mobiles have got hold of specifications of the upcoming device revealed to them via retail sources. This means that the Galaxy A20s is well on its way to launch in India very soon.

The publication writes that the Galaxy A20s will feature a 14nm Samsung Exynos 7884 mobile platform, which is the same as the one on the Galaxy A20. It’s an octa-core chipset with 1.6GHz clock speed will be aided by 4GB of RAM and 64GB onboard storage. However, considering this is just an iterative upgrade, the handset has a 3,000mAh battery which is 1000mAh less than the Galaxy A20’s 4,000mAh is somewhat ridiculous. 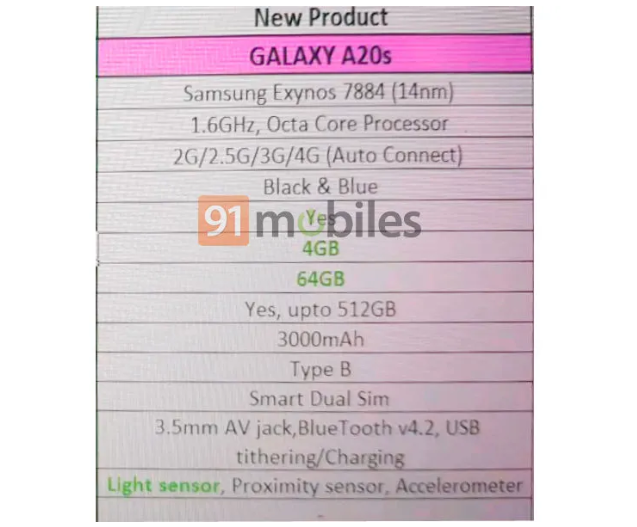 The handset should come in Black and Blue colours and although the camera details did not get revealed, a TENAA listing of the phone shows triple cameras and a 6.49-inch Infinity-V display.

The phone will be backed by ‘smart’ dual-SIM functionality, 4G connectivity, micro-USB charging port, 3.5mm headphone jack, Bluetooth v4.2, light sensor, proximity sensor, and accelerometer. The launch of the handset doesn’t look very far but the bigger question is, who will be ready to buy it? 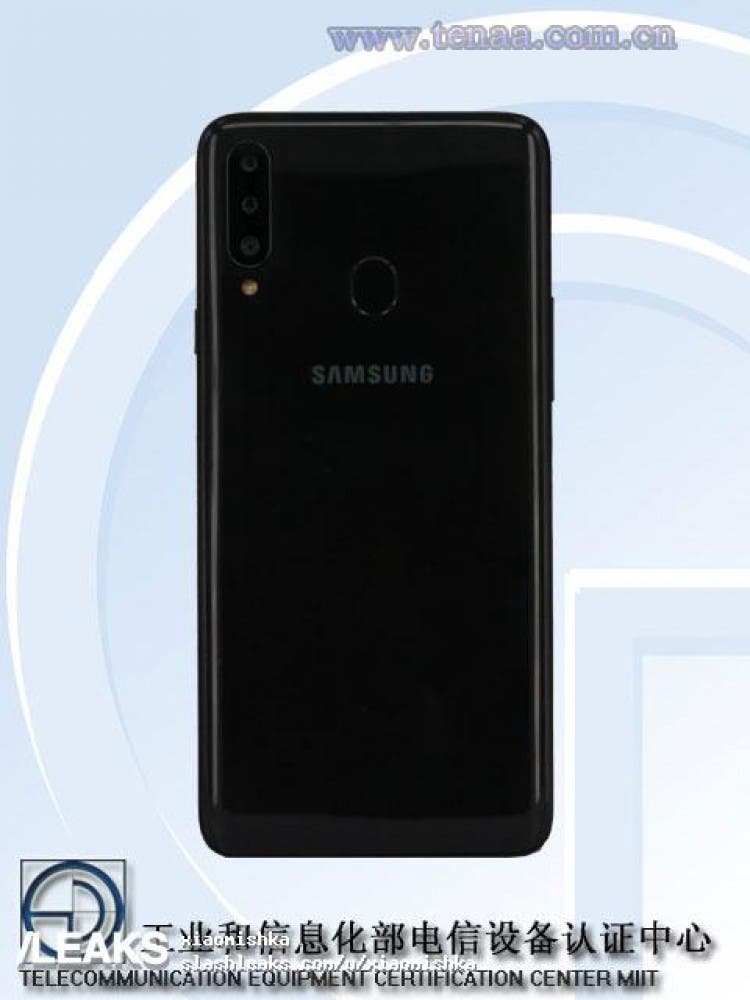