The Vivo NEX 3 5G has appeared on Geekbench today before its destined September 16th curtain-raiser in China. The handset has previously also appeared on TENAA and the model number Vivo V1924A corresponds to the Geekbench listing that has been spotted today. Not many surprises with the logged device though as a lot about it is known. 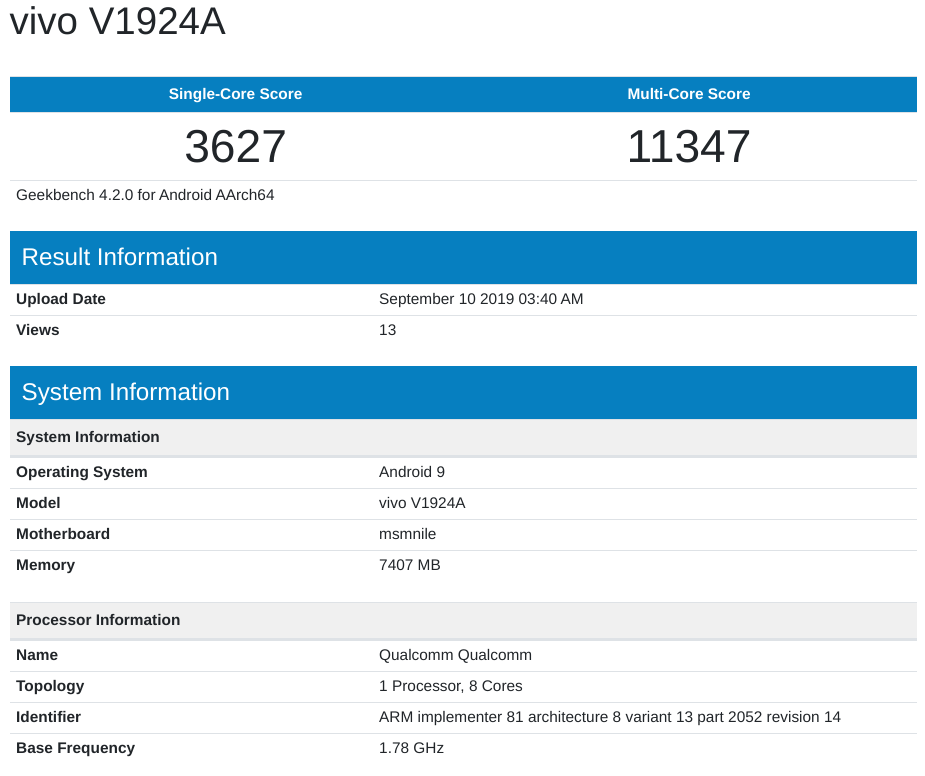 We can say though, that the processor will be a Snapdragon 855+, thanks to the mentioned 2.96GHz clock speed. The NEX 3 has a big physical footprint as it has a massive 6.89-inch AMOLED display. The notch-less screen offers 1080 x 2256 pixels full HD+ resolution and a nearly 100 percen screen-to-body ratio  with an embedded fingerprint reader. It will also be Vivo’s first device with a 64MP camera. The exact camera configuration is 64MP + 13MP +13MP while the front has a 16MP snapper. The NEX 3 draws power from a 4,500 mAh battery and it may come with support for 44W FlashCharge technology. Vivo has a 4G and 5G variant and reports have stated that the NEX 3 is also launching in India before Diwali which is by the end of October.

The smartphone is scheduled to go official alongside its 4G-only edition on September 16.

Previous Huawei's equipment finally released from the US after two years

Next Samsung Galaxy Fold: hundreds of apps supported at launch, thanks to Google