A few days ago, XDA published information about a possible Moto G8 Play that had obtained its first certifications. However, a new leak (with image of the device included) suggests that it is finally the Motorola One Macro, which has just passed through Geekbench, revealing some features.

As we see in the image published by XDA, the new Motorola terminal would leave the perforated screen that we have seen in the One Vision and One Action models to opt for a design more similar to the One Zoom. That is, with a drop-shaped notch where the front camera would be housed. On the right side, in addition, the presence of the power button and the volume control are observed, both in purple. 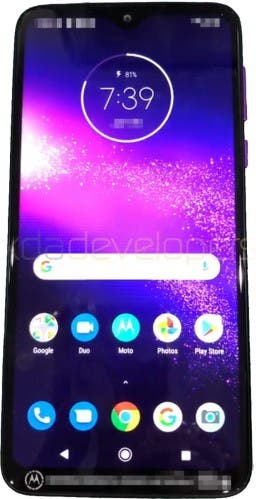 The first rumors that, as we said, were wrongly related to the Moto G8 Play. Also spoke of an HD+ screen, a 4,000 mAh battery, a single rear camera , a MediaTek processor, (the Helio P60 or the P70) and two Memory versions: one with 3 GB of RAM and 32 GB of storage, and another with 4 and 64 GB respectively.

Motorola One Macro on Geekbench 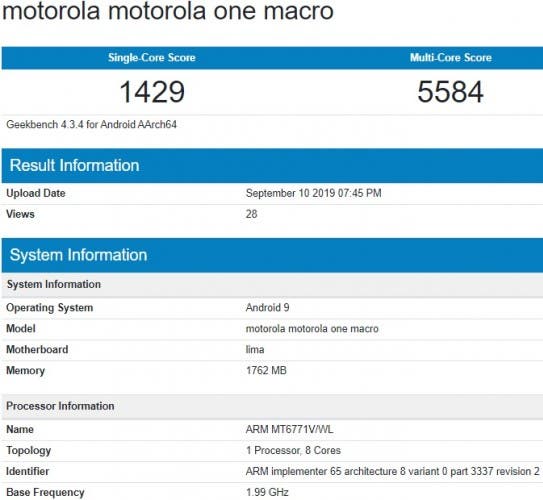 The passage of the Motorola One Macro by Geekbench has taken us out of doubt. As far as the processor is concerned. Indeed, it will be a Mediatek, probably the Helio P60. In addition, we have thrown two other data. There will be a variant with 2 GB of RAM and will run Android 9 Pie. And judging by its name, it probably has a special mode of macro photography.

Next Xiaomi Redmi 8A: TENAA reveals its design in real photographs