Chinese manufacturing giant, Xiaomi, is very careful with what it promises on the upcoming Xiaomi Mi MIX 4. Usually, this MIX series is the last flagship from the company annually and this year will not be different. As of now, there is no official valuable information on this smartphone. However, this does not stop the curiosity of netizens. Recently, a real image of this smartphone appeared online. 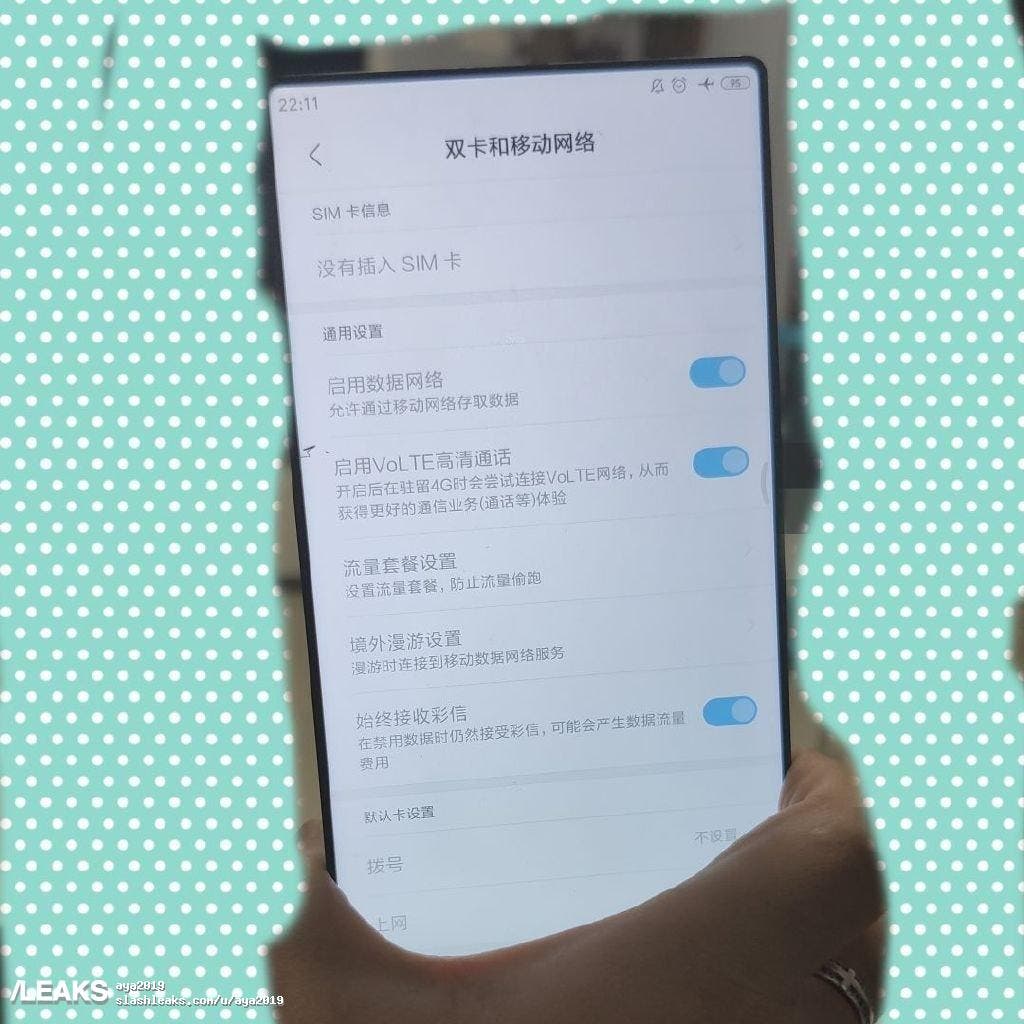 According to leak, the Xiaomi Mi MIX 4 is very distinctive. Like the previous Xiaomi MIX series, the new Mi MIX 4 is still very square. With a true full-screen design, the bezels of this smartphone are very narrow on three sides. The chin was not exposed but it shouldn’t be that thick. There is no evidence of a notch or a punch-hole thus Xiaomi may settle for some sort of pop-up design. This leak appears a bit doctored thus I would rather take this design with a grain of salt.

From previous speculations, the Xiaomi Mi MIX 4 is expected to come with a 2K screen and a full ceramic body. Clues from Xiaomi CEO, Lei Jun, suggests that the design of this smartphone will follow the Xiaomi Mi MIX 2S. There are also reports that it will use a Snapdragon 855+ with 12GB of RAM and up to 1TB storage. It uses the standard UFS3.0 flash memory.

In the camera department, rumors have it that we should expect the Samsung 108MP sensor. In addition, this smartphone will support 5G network. The battery capacity will be 4500 mAh and it will support at least 30W wireless fast charge (maybe 40W). The Mi MIX 4 comes with the codename “hercules” and it may arrive at the end of this month.