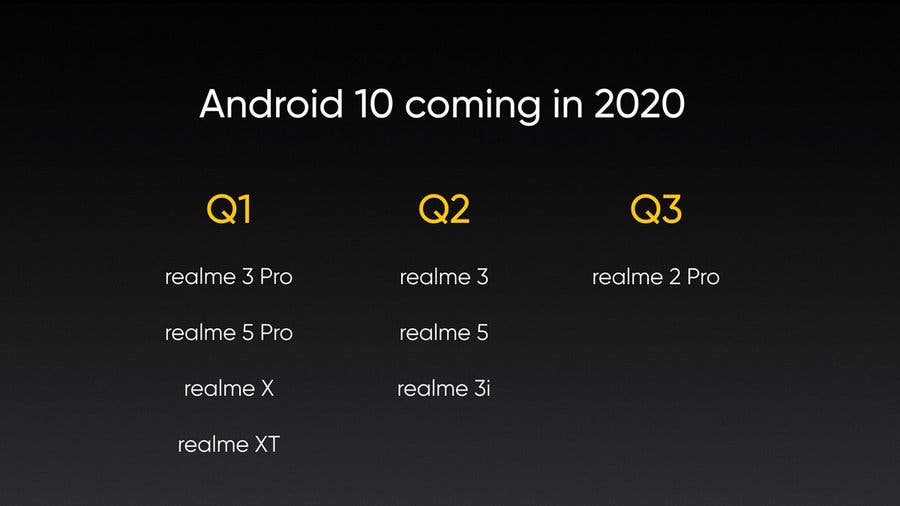 Actually, the company announced this roadmap at the Realme XT conference. According to its schedule, eight (8) Realme phones will get the Android 10 update by Q3 2020. However, it is quite disheartening that none of the devices on the list will get the update this year.

As promised, here’s our roadmap for launching the #Android10 update for #realme smartphones!
Are your excited for the new flavour of Android? pic.twitter.com/Qdo4PAyxT3

According to the list, Realme 3 Pro, 5Pro, Realme X and XT will get the update in Q1 2020. Realme 3, 5 and 3i will have to wait till Q2 2020 while Realme 2 Pro will get the update in Q3 2020. These are the confirmed models to get this update for now. It is possible that the company will update the list before the end of the year.  The likes of Realme 1 and Realme 2 are conspicuously missing from this list. These phones are just over a year old thus we cannot completely rule them out for a major update. It is likely that Realme is just not disclosing the release time for this “young” devices.

Previous No 2019 iPhone will use more than 4GB of RAM