Vivo has already teased a couple of products to launch in China on September 16th. However, the company’s software account, Funtouch OS just shared a video teaser for a new version Funtouch OS 9.1 coming soon. Dates have not been mentioned but it isn’t hard to predict that we’ll see it on the flagship NEX 3 going official on Monday. The company has also teased new TWS earphones to launch on the same day. 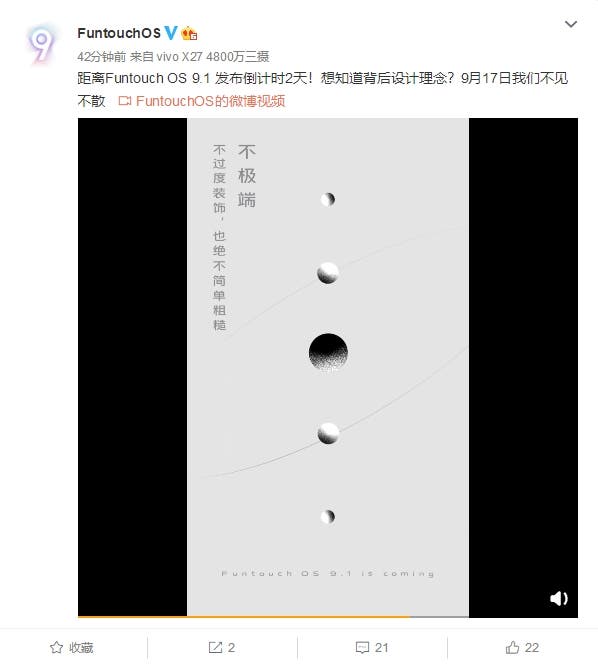 Vivo is one of the most uninspiring Chinese OEMs when it comes to software updates. Even its sister concern, OPPO, which doesn’t have a very good track record itself, can be considered ways ahead in that regard. Hence, this new Funtouch OS announcement is certainly astonishing but most welcome. The other confusing thing is that some Vivo handsets like the Vivo Z1X (India) and Vivo Z5 already come with Funtouch OS 9.1. Hence, it remains to be seen if Vivo changes anything with this so-called new version. All latest Vivo handset come ready with Android 9.0 Pie. So perhaps, we could see an update roadmap for Android 10.0 with regards to the company’s latest product portfolio.

Vivo’s FuntouchOS 9 was released with the vivo X27 in March this year, with 72 new features, 55 interactive optimizations, and 263 UI improvements. Vivo also introduced a true system-wide dark mode, new icons, Always-On Display, and many other features with the update.