Several months ago, there were some rumors that the upcoming high-end flagship rugged phone Ulefone Armor 7 would pack MediaTek’s latest Helio P90 AI chipset and 48MP triple camera, which attracted a lot of attention and many loyal fans might have been waiting long for this phone. Now the complete specs of rugged Armor 7 have leaked so let’s see it.

According to these leaks Ulefone Armor 7 will have a 6.3-inch FHD+ 19.5:9 waterdrop screen. Not surprisingly, the smartphone runs the SoC Helio P90 coupled with 8GB of RAM and 128GB of internal storage. MediaTek Helio P90 comes with a built-in processing unit – APU 2.0 – a leading fusion AI architecture which can deliver a new level of AI experiences. And it will pack triple camera system with a 48MP AI camera, a 16MP night shot lens, and an 8MP telephoto lens, which supports 10X zoom and AI scene recognition. The triple camera will vertically array on the back. It will also come with a front-facing 16MP camera for face unlocking and stunning selfie. 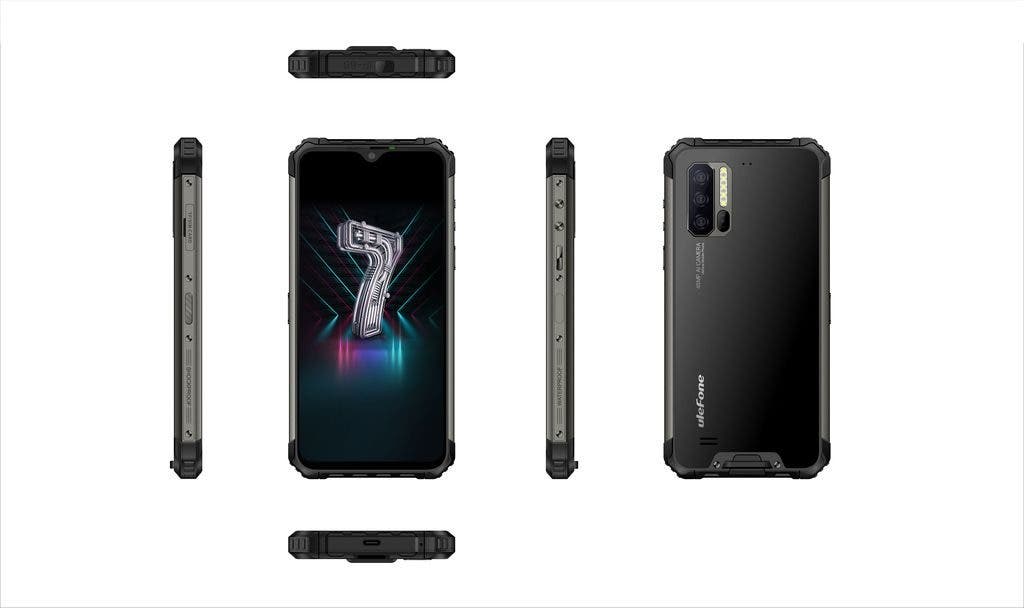 It’s worth mentioning that Armor 7 will support global frequency bands including Band 71 of T-Mobile, which will be able to broadcast signals that travel farther, cover more area’s, especially the rural coverage in much of America, work far better in buildings, and maintain good data speeds. And it’s said that Armor 7 will run a customized operating system based on Android 9.0 Pie this time.

The phone is expected to officially arrive at the market next month, but we still have no further news about the launching price. So it’s surely a good idea follow the official website to know more details if you are a fan.