Yesterday, Xiaomi TV’s general manager Li Xiaoshuang announced that we will get news concerning the upcoming TV product on September 16. As promised, today, he said that the next model of the company will be called the Xiaomi TV Pro, and we will see it as soon as on September 24.

In fact, the appearance of the full-screen Xiaomi TV Pro has been a secret for a long time. But recently, the Xiaomi home released picture of this new series. It turns out there are two models with 55-inch and 65-inch screens. The screen frame looks quite narrow. So we can say this is going to be a genuine full-screen TV. 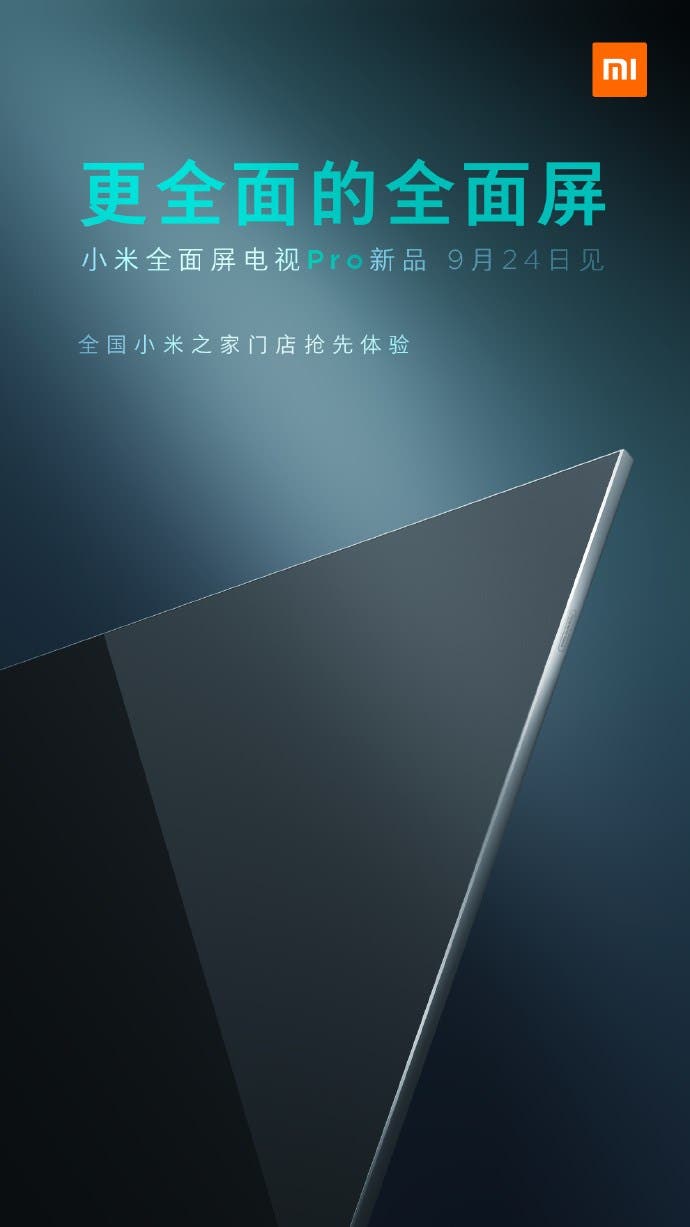 Unfortunately, the company has not disclosed much information concerning the Xiaomi TV Pro. But the leaks claim the whole line of the new-generation Xiaomi TV will support 8K. As Xiaomi is currently selling 4K TVs, this statement sounds quite logical. So most likely, the upcoming Xiaomi Mi TV Pro will support 8K decoding and playback. But if so, how much will it cost? We mean such panels are too expensive, while Xiaomi could get outstanding sales performance due to the relatively low pricing.

Those who doubt the quality and popularity of the Xiaomi TV products should know it’s the number 1 TV brand in India for a few consecutive quarters. As for the mainland, its 32-inch model is considered to be the best-selling TV product. This simply means Xiaomi not only knows how to make good smartphones but also other devices as well. In this sense, the forthcoming Xiaomi TV Pro will become one of the cheapest and highly-demanded 8K TVs.

Previous Get ready for iPhone 11 with some CHOETECH wireless chargers