The Samsung Galaxy Fold has been a subject of discuss since the beginning of this year. After many months of working on this device, Samsung relaunched this smartphone early this month. However, the company recently canceled all pre-orders in the US and offered a $250 coupon for inconveniences.  Now, the latest report from allaboutsamsung claims that the Samsung Galaxy Fold 5G version has been released in Germany. 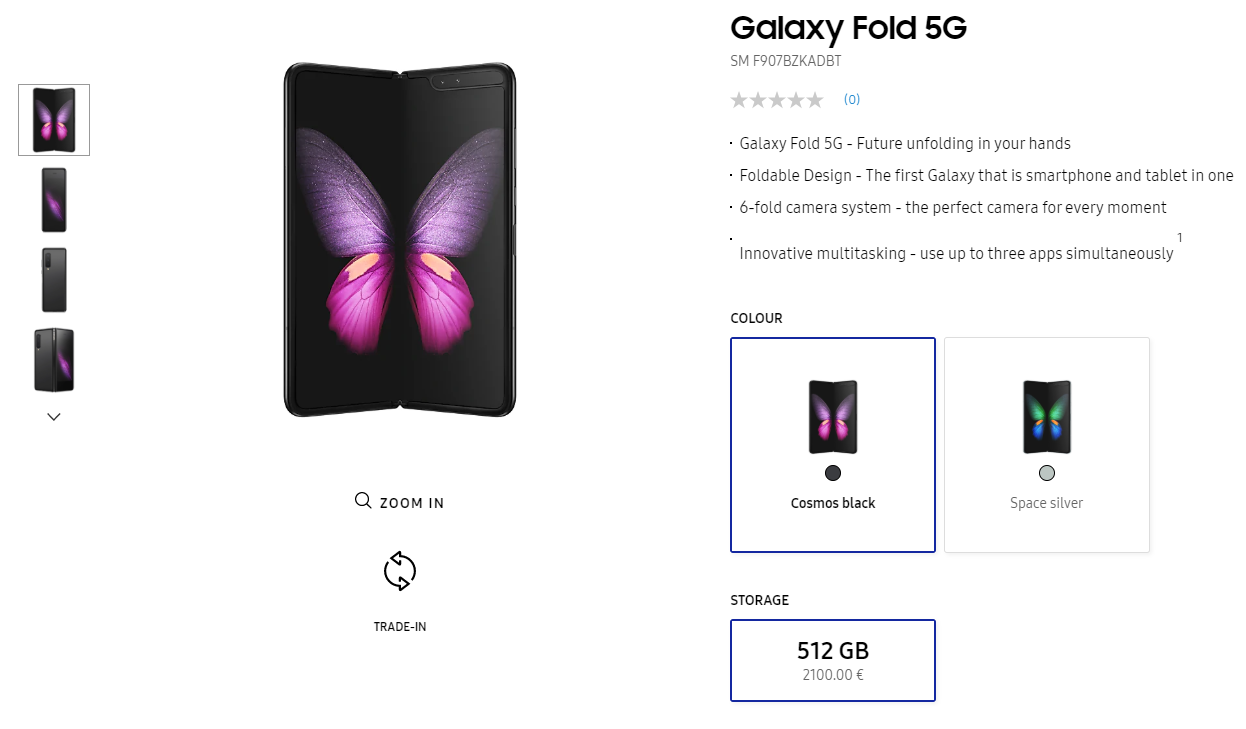 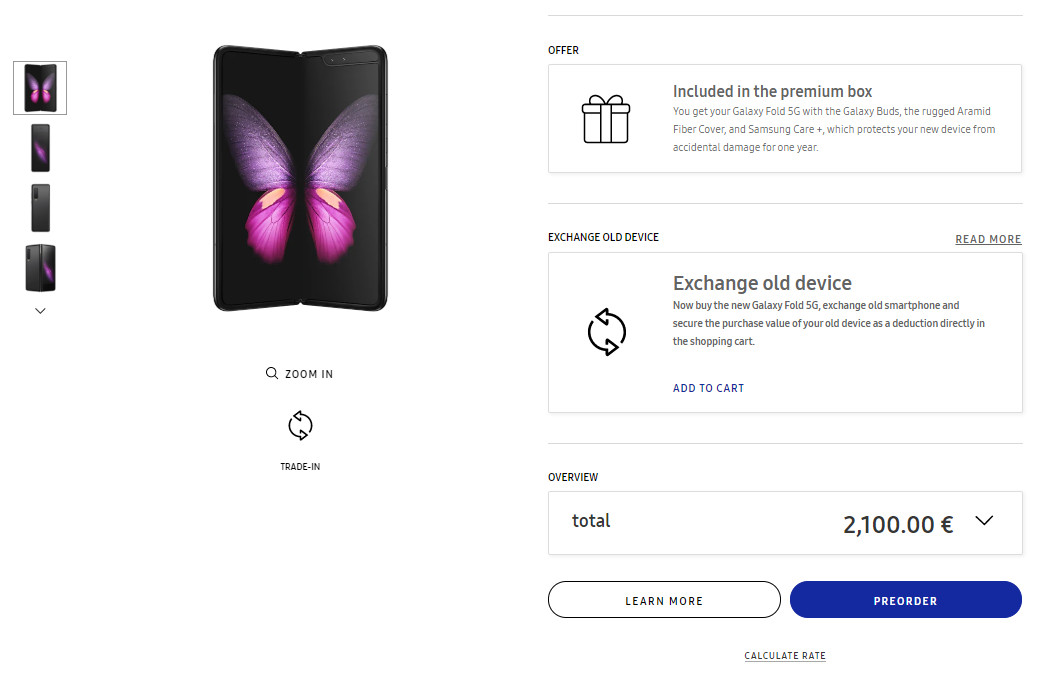 The shipment of the device seems to be at the end of next week, but apparently Samsung does not expect many customers for such expensive smartphone. If you want, you can pre-order the Samsung Galaxy Fold 5G for €2,100 in the Samsung Online Shop. With some luck, you may be able to hold it in your hands by the end of next week. According to the pre-order page, this smartphone is available in Cosmos Black and Space Silver. Included in the premium box is the Galaxy Buds, the rugged Aramid Fiber Cover, and Samsung Care+, which protects your new device from accidental damage for one year.