According to a report from Huawei‘s Pollen club, the company is calling out for beta testers who are interested in testing EMUI 10. The program will call advanced users wanting to test the early betas of the Android 10 based ROMs. The firmware for Honor devices will carry MagicUI 3.0 skin, while Huawei handsets will receive the well known EMUI 10.

The company plans to recruit 500 users for the log version of the tests. In addition, another 1500 users will be part of the non-log branch of the process. The registration is open for users who understand the process and requirements of internal beta testing. Users can only sign up for the program via smartphone, not from PC. Moreover, all beta testers will need to download the latest Pollen Club App version 9.0.6.300. 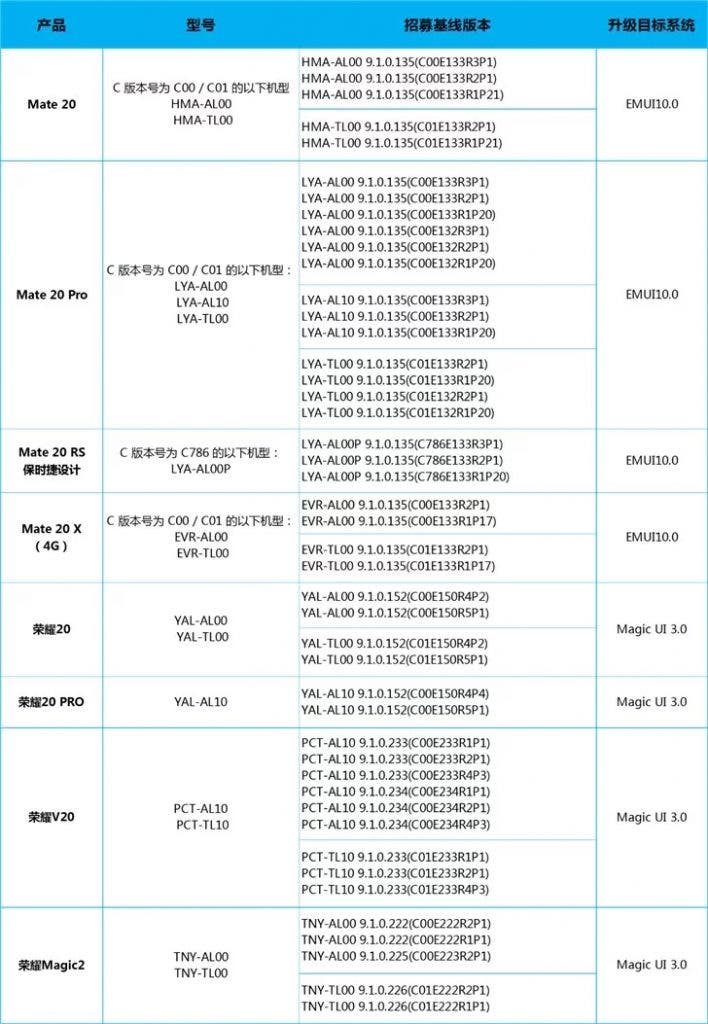 Worth noting that the older Huawei and Honor devices getting Android 10 will still have Google Play Services.