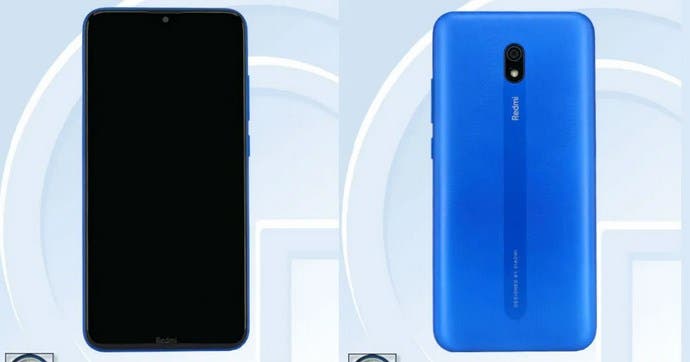 The past couple of months have been crazy in India with most OEMs trying to cash in on the Diwali buying frenzy. With this price tag, the Reedmi 8A is bound to hit India hard. The Redmi 8A comes with a handful of big upgrades as its TENAA appearance has previously confirmed.

The Redmi 8A will come with a 6.2-inch HD+ teardrop notch with a 19:9 aspect ratio. There is no confirmation on the processor but speculations suggest a Snapdragon 439 SoC. The big bump will be on the battery side though as a 5,000 mAh cell should make this an endurance beast in combination with the HD+ screen. In the camera department, this phone has a 12MP rear camera and an 8MP front camera.

The other interesting aspect should be pricing, as it is always with Xiaomi. The Redmi 7A costs Rs 5,999 (∼$84). The handset will compete with the likes of the Realme C2 in the same bracket. The Redmi 8A is said to come in three variants- 2GB+16GB, 3GB+32GB and 4GB+64GB. This smartphone will have up to eight colours including black, red, blue, pink, white, green, purple and gray.