Samsung has obtained the approval of a new patent which describes a smartphone with a dual-screen. The patent in question was found by the colleagues at Let’sGoDigital, who made 3D models based on the drawings in the documentation that allow us to imagine how this device could be “in reality”. 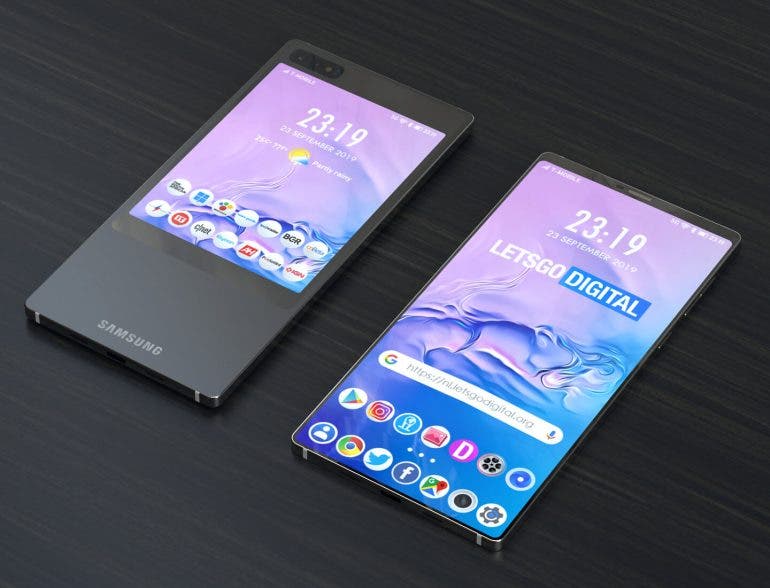 The front of the smartphone appears clean and with particularly thin frames (with the exception of the upper edge), while on the back there is a secondary display – apparently with a 4:3 ratio positioned just below the camera module. This choice could also allow not to include a front camera. 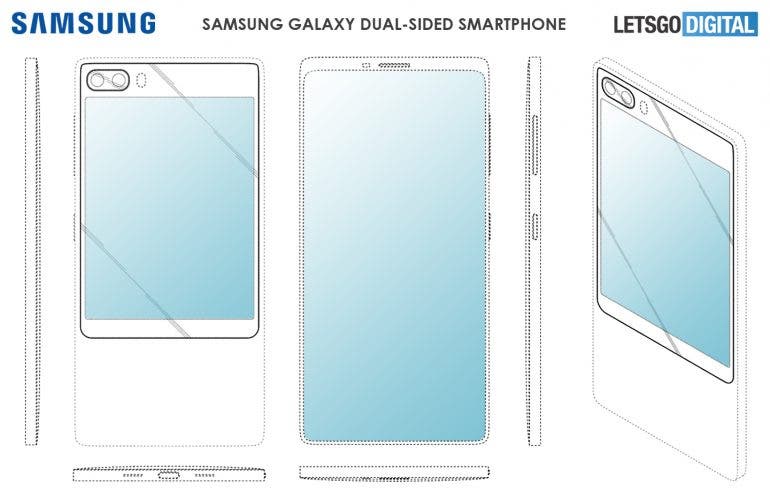 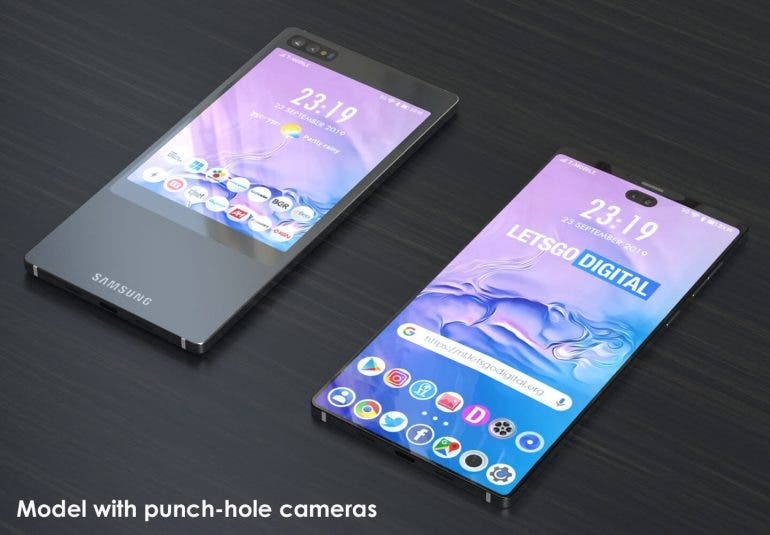 Another render shows a device with a front display equipped with a hole for the front cam. The general design of the smartphone looks very square and devoid of curved edges. 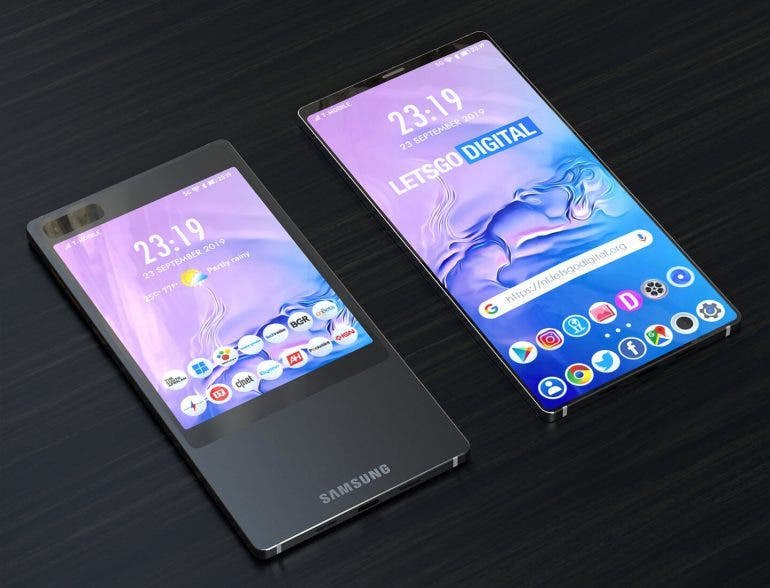 It is undoubtedly a solution very similar to the others. That we have seen coming to the market in recent months, so nothing unlikely. Samsung, however, has accustomed us to a certain caution regarding the inclusion of radical innovations within its top of the range, so it is more likely that this solution could be adopted inside a Galaxy A series smartphone, rather than on the upcoming Galaxy S11 flagship.

We remind you that, being a patent, there is no certainty that what we see can be realized. Ie, in a real commercial product. Everything could simply remain on paper, in the world of ideas. On the other hand, patents offer us a simple look at the many roads evaluated by designers. 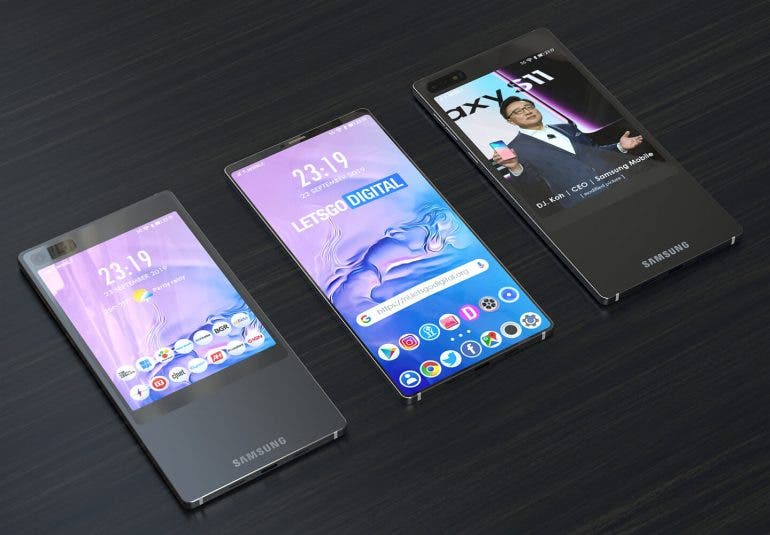