Huawei unveiled its foldable smartphone back in MWC 2019. The foldable device stole all the attention during the annual trade fair, due to its technology and design that was far beyond what Samsung had with the Galaxy Fold. The Chinese Behemoth is targeting at an October launch for China, while the rest of Globe should see it in November. Apparently, the R&D team is already shifting attention to their next foldable device – Huawei Mate X2.

A Huawei patent surfaced on the USPTO (United States Patent and Trademark Office) database. It reveals schematics of a handset the resembles the Huawei Mate X. However, in counterpart to this year’s foldable device, the patent reveals a compartment for a flat stylus. 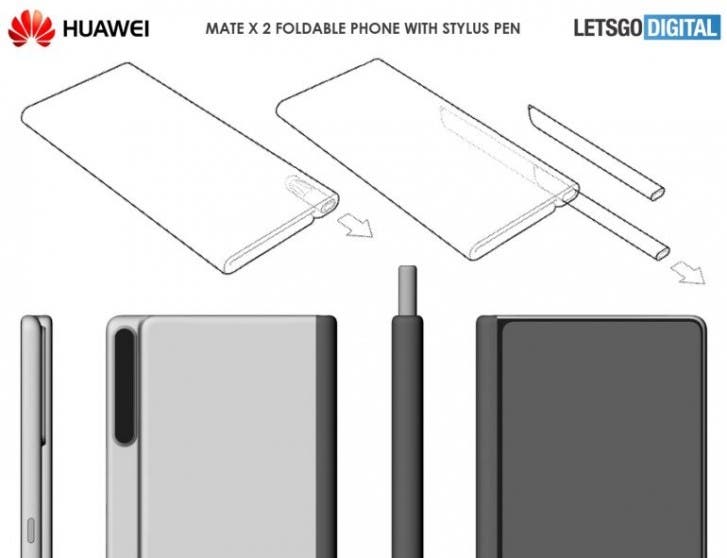 The folks at LetsGoDigital, made a rough design concept based on the patent. It reveals that the new device will bring a design refreshment, with a thinner camera and battery setup. Worth noting that the referred stylus will go inside a hole that currently fits the USB Type-C port. So the company will probably move the charging/data transfer port to fit its new feature.

Of course, the above patent doesn’t necessarily mean that we’re looking at the Huawei Mate X2 final design. Huawei may be just protecting this design from being copied. After all, many companies may join the foldable smartphone bandwagon in the next year.

Next Global smartphone shipments will decline by 3.7% in 2019