Huawei Honor 9X was first released in August 2019. At the time of its release, this smartphone came in three versions which include 4GB+64GB, 6GB+64GB, and 6GB+128GB versions. Now, the company has officially announced that this phone now has an 8GB+128GB version and it will be available for sale on October 1. From the official warm-up poster, the 8GB+128GB will be available in black colour. Earlier, the company announced that the Honor 9X will get a holographic Icelandic white option. This, the black version may not be the only colour option for this new version. 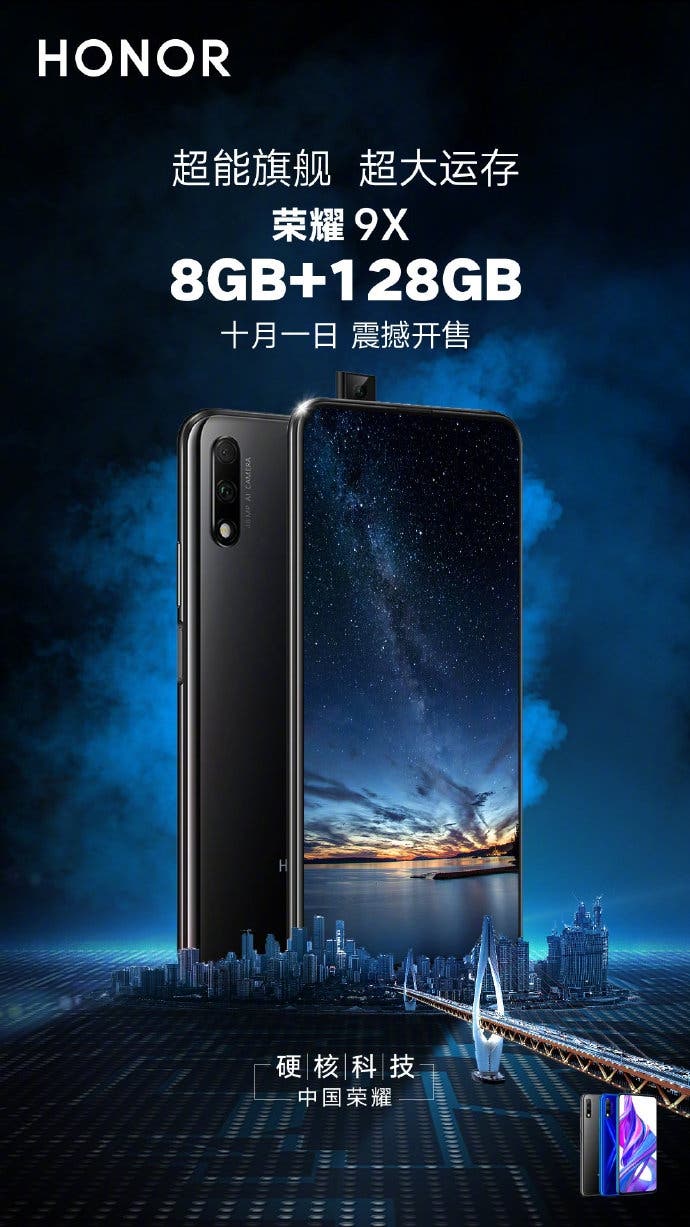 The Honor 9X comes with a 6.59-inch display and the resolution is 2340 × 1080. Under the hood, this smartphone has the Kirin 810 which integrates two A76 custom cores and six A55 small cores. It also integrates the Mali-G52 GPU and supports Kirin Gaming+ technology. The system-level AI frequency modulation scheduling can intelligently predict the load situation. It also improves performance and reduces stagnation at high load. This makes the gaming experience smoother.

Next The US may punish allies using Huawei's 5G equipment