Today, Huawei released a poster which shows that the MediaPad M6 10.8 inches 6GB + 256GB silver ash version will be officially on sale at 0:00 on September 30. The Huawei MediaPad M6 was released in June this year. It has two sizes – 8.4 and 10.8 inches and both have WiFi and LTE versions. When this device was released, all models came with 4GB of RAM. Later, the company added the 6GB WiFi and LTE versions and both come with 128GB storage. Now, the company has a 6GB+256GB version which will hit the shelves tomorrow. Note that this is the 10.8-inch version. 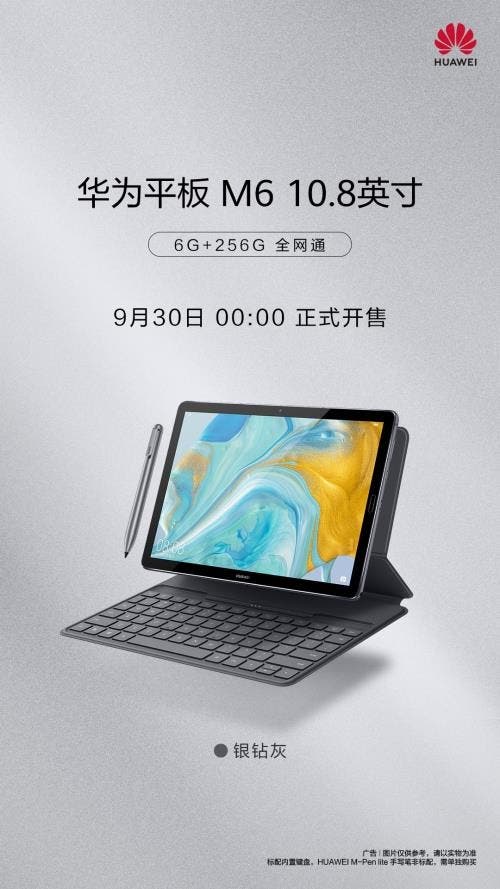 It is worth mentioning that Huawei MediaPad M6 supports one-button computer mode which presents an operation interface similar to a desk computer. With a smart magnetic keyboard and M-Pen lite stylus, it instantly transforms into a mobile office device.

Next Huawei EMUI 10 upgrade schedule: 33 Huawei/Honor devices to get the update