Microsoft and Qualcomm have been working together for a few years to bring a new-class laptop category based on mobile chips. Moreover, last year, we saw a couple of such notebooks packed with the Snapdragon 835 chip. But seems it’s not enough for the effective performance of the Windows operating system. A few days ago, Microsoft released the Surface Pro X tablet. Its appearance is more modern than that of the Surface Pro 7. But what’s more interesting, it is equipped with a processor called ‘Microsoft SQ1’. The latter is also known as the Snapdragon 8cx Custom Edition. As for now, we can take a look at its parameters that are coming our way from Notebookcheck. 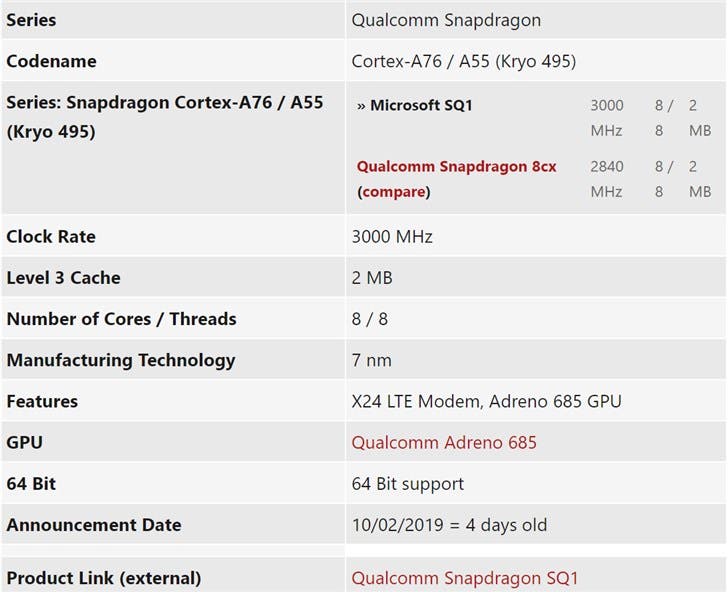 The Microsoft SQ1 is based on Qualcomm Snapdragon 8cx chips. But it has a higher CPU and GPU core frequency. The CPU core clock frequency is up to 3 GHz (8cx is 2.84 GHz). The four Kryo 495 gold cores are based on the ARM Cortex-A76 architecture, and the four Kryo 495 silver cores are using the ARM Cortex-A55. Their frequency is approximately 1.9 GHz. The integrated X24 LTE modem supports up to 2 Gbps download speed. In addition, the SoC integrates ac-Wifi and dual-channel 1866 MHz LPDDR4x memory controllers.

As the manufacturer claims, the performance of this processor is similar to the Intel Core i5 8th generation U series (for example, the i5-8250U). The GPU Adreno 685 is also a customized version. Microsoft claims they have achieved 2 TFlops performance, while the Adreno 680 is 1.8 TFlops. 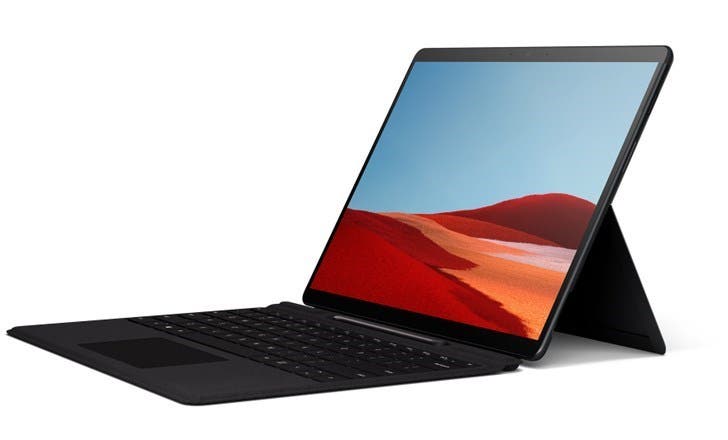