We know the OnePlus 7T will come on October 15. Today, we learned there will still be a custom version of McLaren. In some sense, this is the official confirmation of what we have heard before. Previously, the OnePlus founder, CEO Liu Zuohu showed in Twitter the suspected OnePlus 7T McLaren customized version packing box.

This morning, McLaren China’s official Weibo channel issued a document confirming the existence of the OnePlus 7T McLaren customized version: Do you remember the last crossover of McLaren and OnePlus? This time we will work again with OnePlus to come with full speed and surpassing imagination.’

Then, OnePlus official Weibo channel said the OnePlus 7T McLaren customized version will also be unveiled at the press conference held on October 15 at 14 o’clock. 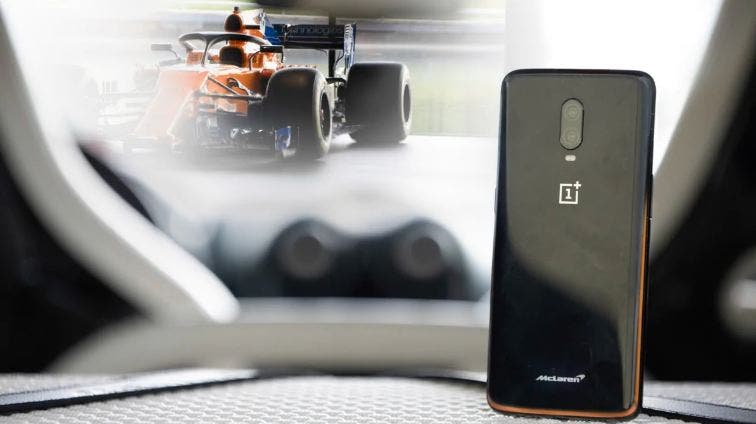 Cross-border and high-end brand cooperation has become the popular trend of Chinese smartphone makers to raise the brand image. The previous generation OnePlus 6T McLaren customized version was using the top-level configuration. It came with a Snapdragon 845, 10GB RAM, and 256GB native storage. It was priced 4599 yuan ($644).

The appearance also was quite distinctive. The OnePlus 6T McLaren custom version uses carbon fiber texture with a multi-layer coating process and the original McLaren classic racing design. On the back, we can find the ‘McLaren’ logo finely crafted by ultra-fine stripes. When putting it on the table, the phone looks like a super sports car.

As for the OnePlus 7T McLaren customized version, it will come with an outstanding design and top-notch hardware.

Compared with the previous generation, the biggest upgrade point of the OnePlus 7T is the use of the 90Hz Fluid Display. It also supports HDR10+, 1000 nits of max brightness, and an FHD+ resolution. It is equipped with the Qualcomm Snapdragon 855 Plus flagship platform, UFS 3.0 flash storage, rear 48MP main sensor + 16MP super wide-angle lens + 12MP telephoto lens combination, a 3800mAh battery, which supports 30W flash charge, and NFC.

In addition, at this conference, we will also see the OnePlus 7T Pro, which also uses a 90Hz display, resolution reached QHD+, equipped with the Qualcomm Snapdragon 855 Plus flagship platform, and UFS 3.0 flash memory. The overall shape doesn’t differ from that of the original model.

Next Guo Minghao Revealed Apple Product Plan For Next Year