The first set of foldable smartphones (Samsung Galaxy Fold & Huawei Mate X) from major manufacturers were announced in the first quarter of this year. Over six months down the line, these devices are seldom available. After a couple of corrections and upgrades, the Galaxy Fold is now back in the market. However, we are yet to see the Huawei Mate X on the shelves. According to a recent report out of China, the Mate X will come at the end of this months. As of now, it is already in mass production and official sales in China will commence within two weeks. 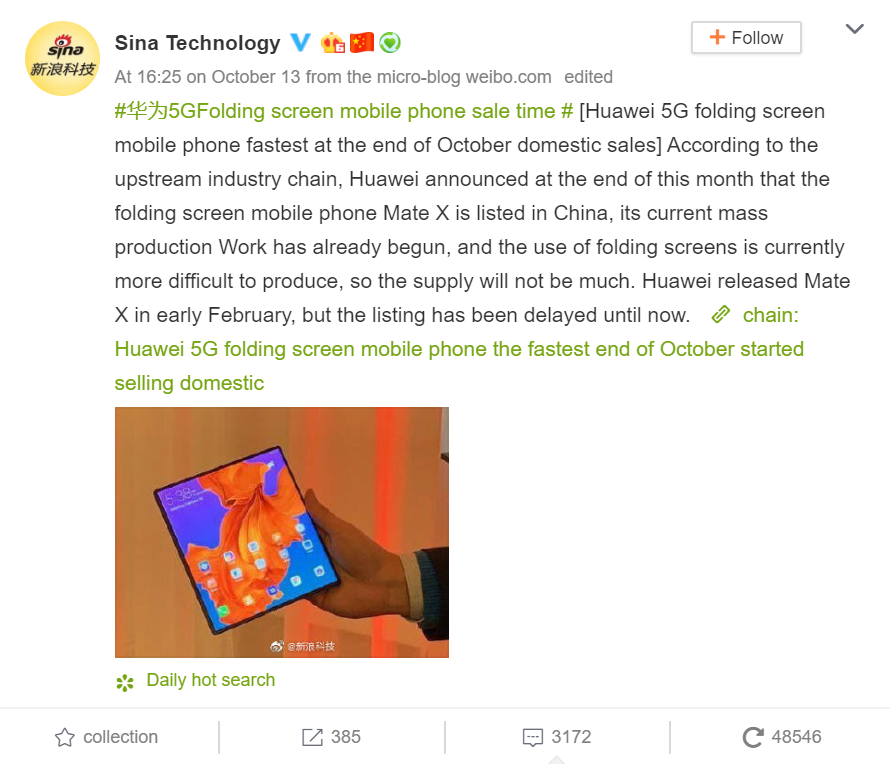 The Huawei Mate X was first announced in February 2019. It is Huawei’s first 5G foldable phone. It uses an innovative eagle-wing fold design. According to the official introduction, Mate X adopts a four-layer structure design. The top layer is the screen protection layer (polymer material). The second layer is a flexible screen, the third layer is a soft plastic support piece, while the bottom layer is a rotating shaft. As a precision transmission component, the shaft is the core of the Mate X and has a central importance.

The official emphasizes is that Huawei Mate X maintains a symmetrical full-screen shape whether folded or not. It achieves this because of the cover design of the hinge. It is worth noting that Mate X has added the innovative split-screen interaction which allows two tasks to run simultaneously.