We are talking about a less powerful processor, but Redmi‘s general manager, Lu Weibing, was keen to justify on Weibo the reason for this choice. According to him, the brand made a survey before the launch of the smartphone, asking which features were most important to users.

According to the results, the most important for these was: battery, performance, and good build quality. According to Lu Weibing, the brand has decided to focus on these points in the new device.

The battery is the focus of the Redmi 8

So it arrived with 5000mAh battery, USB type C, and support for fast charging 18W. The 2GB version of RAM was canceled, and Mi Turbo 2.0 and better memory cleanup were added.

As for the processor, the brand confirms that it achieves a performance quite similar to the well-known Snapdragon 625. The publication even shows the results in AnTuTu of both processors. The GM of Redmi says this is because it is a 12-nanometer processor and has the new Mi Turbo. 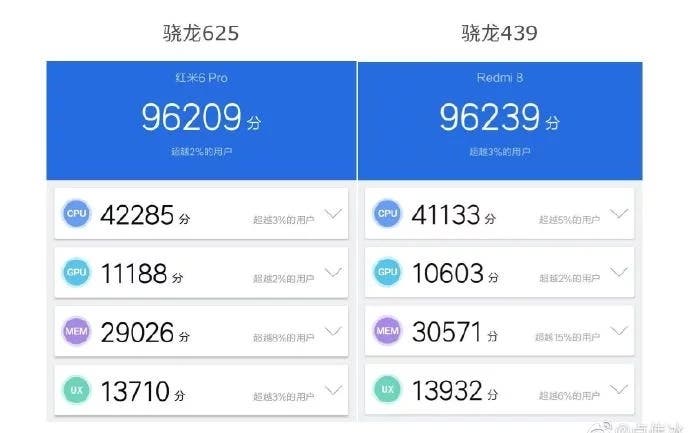 Next Moto G8 Plus specs, and images surface, to launch on October 24