After the reveal of some details of the camera, Panos Panay has revealed another information on the future Microsoft Surface Duo foldable smartphone. According to what has been suggested by the head of the Surface division during the presentation event in Berlin, there is the possibility that the device could be launched without the support of 5G. This would be a little revealing today but it could represent a heavy deficiency at the end of 2020.

Panos Panay once again did not want to go into details but at present, the prototype shown supports 4G+ connectivity. In other words, the Microsoft executive did not want to lie or move too far, referring to the current hardware featuring the Snapdragon 855 SoC, without an integrated 5G modem. 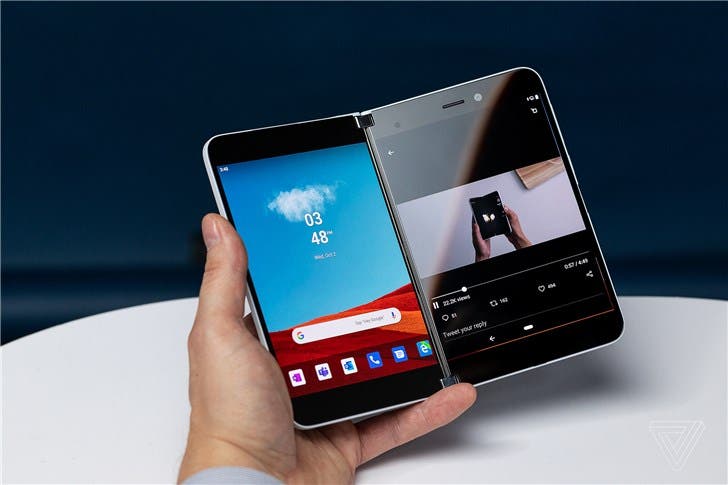 We know that probably some technical specifications will see an upgrade from here to a year, including the processor that could see a new model (Snapdragon 865) Still unpublished with the integration of the new standard.

It is worth to mention that the Surface Duo features two 5.6-inch displays. That can be expanded to a large 8.3-inch screen with a thickness of only 4.8 mm. With a 360-degree hinge, you can fold it like many 2-in-1 laptops. Microsoft said that dual-screen devices allow people to do more work on the go.

Panay has previously said that Microsoft has been developing on Surface Duo hardware for three years. So this is not a response to Samsung’s Galaxy Fold, Huawei’s Mate X or other products. Panay said that hardware will not change from now until the device is released. There is no camera outside the device. Microsoft’s idea is to use the camera on the top of the display. To flip the display over and take the photo.