The Huawei Mate X 5G version is now officially out. Its 8GB + 512GB storage variant costs 16,999 yuan ($2405). We are waiting for this model to hit the market as soon as on November 15. But the company announced there is a limited number of units that will go on sale. Though this is one of those rare handsets that use a folding screen design, it was launched way later than the Samsung Galaxy Fold. But his phone was announced earlier than the latter. So what’s the reason for such a long delay? 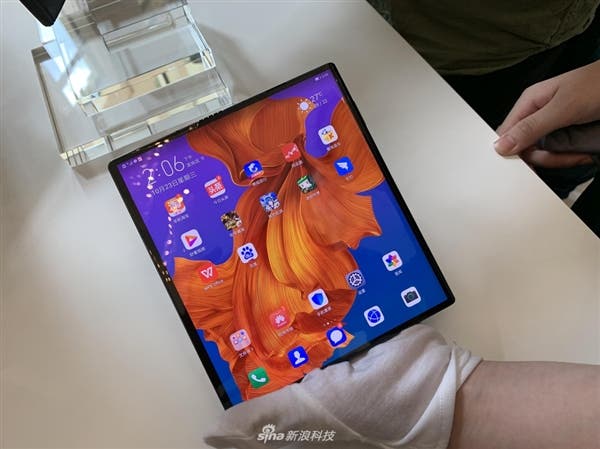 It turns out there have been two reasons affecting the launch of the Huawei Mate X 5G. First, the Samsung Galaxy Fold event knocked out the alarm of the durability of the folding screen. Huawei repeatedly tested the durability and screen folding performance of its own device to ensure a good experience and longevity. Second, this new form factor requires quite new approach in terms of user experience. So Huawei has been working on in-depth system and app optimization to ensure a software-level experience.

Anyways, the Huawei Mate X 5G is real and those who don’t mind to spend around $2000 on a smartphone, can get their hands on it soon.

The phone uses a flexible folding screen. The latter adopts an eagle-wing folding feature that can be expanded up to 8 inches. On the other hand, it can be turned into a 6.6-inch screen, which is very comfortable for single-hand operations.

As for hardware, the Huawei Mate X 5Gis equipped with Huawei’s first 7nm 5G multimode chip Baron 5000 + Kirin 980. Another highlight of this phone is the 4500mAh battery, which supports 55W super-fast charge. In other words, it can charge 85% in 30 minutes.

By the way, the company also announced the Kirin 990-powered version of this phone, namely the Huawei Mate Xs. It will hit the market in March 2020.

Next Xiaomi Mi Projector Vogue Edition Quite Hot In Crowdfunding