Chinese manufacturing giant, Huawei, is getting set to release its first 5G smartphone in the nova series. According to the latest renders of this phone. the Huawei nova 6 5G version will have a red colour option. Not only that, it appears that this smartphone will come with a new “nova” brand logo at the glass rear. The usual “Huawei” logo is placed on the right side of the camera. 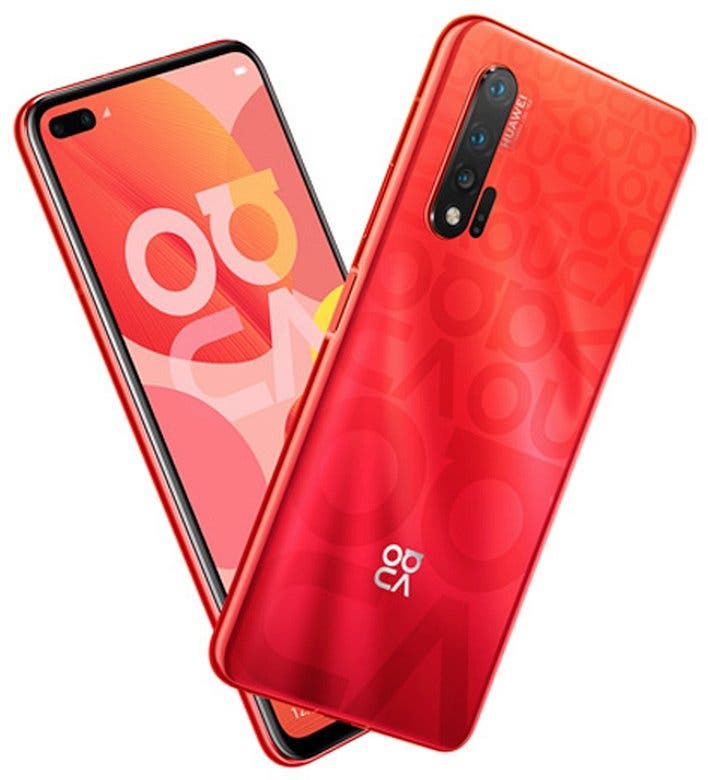 The Huawei nova 6 uses a full-screen display with a dual punch-hole camera in front. On the rear, it has triple vertical cameras while the fingerprint sensor is on the side. As of now, the nova 6 has passed through TENAA and it will be available in 4G and 5G versions. The 5G version will use the Kirin 990 5G chip.

Also, as we can see the phone uses a double-punch-hole screen design on the upper left area of the screen. In addition, the chin is way thicker than the other three borders. According to the previous 3C certification information, the Huawei Nova 6 4G version smartphone’s model is ‘WLZ-AL10’ and it uses a 40W fast charging. We guess the phone will come with at least three camera sensors on the back. It should include a 3D ToF sensor, and support laser autofocus and other functions. Ass of now, we do not have an idea of the price of this device.

The Kirin 990 5G adopts the industry’s most advanced 7nm+ EUV process. It integrates the 5G Modem into the SoC for the first time. It is also the world’s first mobile terminal chip with more than 10.3 billion transistors. This chip uses Cortex A76 architecture. In terms of chip specifications, the Kirin 990 5G chip adopts the CortexA76 architecture, which uses a combination of 2+2+4 cores. The clock speed of the large CPU core reaches 2.86GHz; the clock speed of the medium CPU core is 2.36GHz; and the frequency of the small CPU core is 1.95GHz. The GPU is Mali-G76MP16. For now, there are speculations that the Huawei nova 6 may arrive in December.