Oppo has officially unveiled the presentation date of the next ColorOS 7, the next version of its custom interface that we find in the brand’s smartphones, as well as on the new Realme range, also equipped with the same customization layer as Oppo. ColorOS 7 will see the light on November 20, as reported by a teaser published on the brand’s Weibo page. 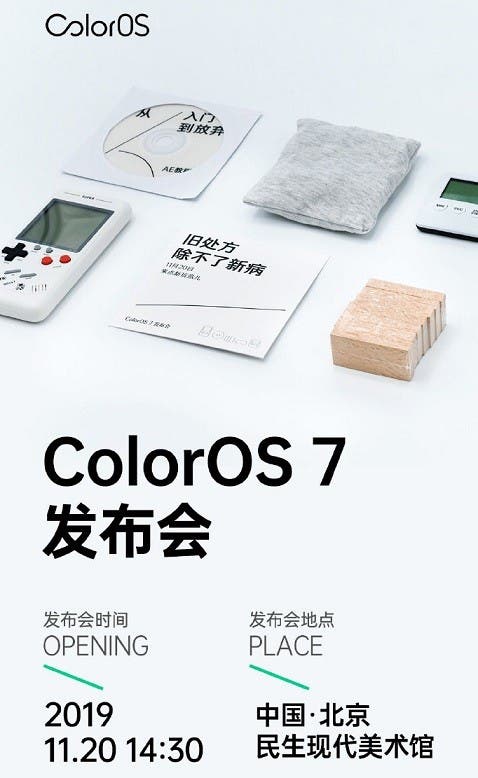 The published image reveals some elements that indirectly indicate some improvements made, including a renewed experience in games. The post does not reveal any other details about the new UI based on Android 10. New reports point that the Oppo Reno 10x Zoom will be among the first smartphones to receive the new interface. As previously confirmed by Shen Yiren – vice president of the company.

It is worth to mention that a couple of months ago, Realme started recruiting beta testers for their so-called Project X. Finally, we are sure that this beta software is not the rumored RealmeOS.

Madhav Seth, the CEO of Realme India regularly posts videos on YouTube every month. Where he answers the questions asked by the users on social media and Realme Community. In the October Diwali festive edition of the video, he reveals that Realme phones will continue using ColorOS and the upcoming ColorOS 7 will be customized for Realme smartphones to give near-stock Android experience.