In October of last year, the market received with open arms the new Huawei Y9 (2019). Now, we have a new poster that shows the design and the main features of the Huawei Y9s, the successor of the Y9 2019, which could be the most attractive device in the mid-low range.

The poster in question shows the design of the new phone of the Chinese manufacturer, where it is seen that the screen notch is discarded in favor of launching a mobile without frames in any of its edges. According to the leaks surrounding the launch of the device, we are talking about a 6.59-inch Ultra FullView panel that would house the front camera in a pop-up module like other mobiles of the brand we’ve seen in the past. 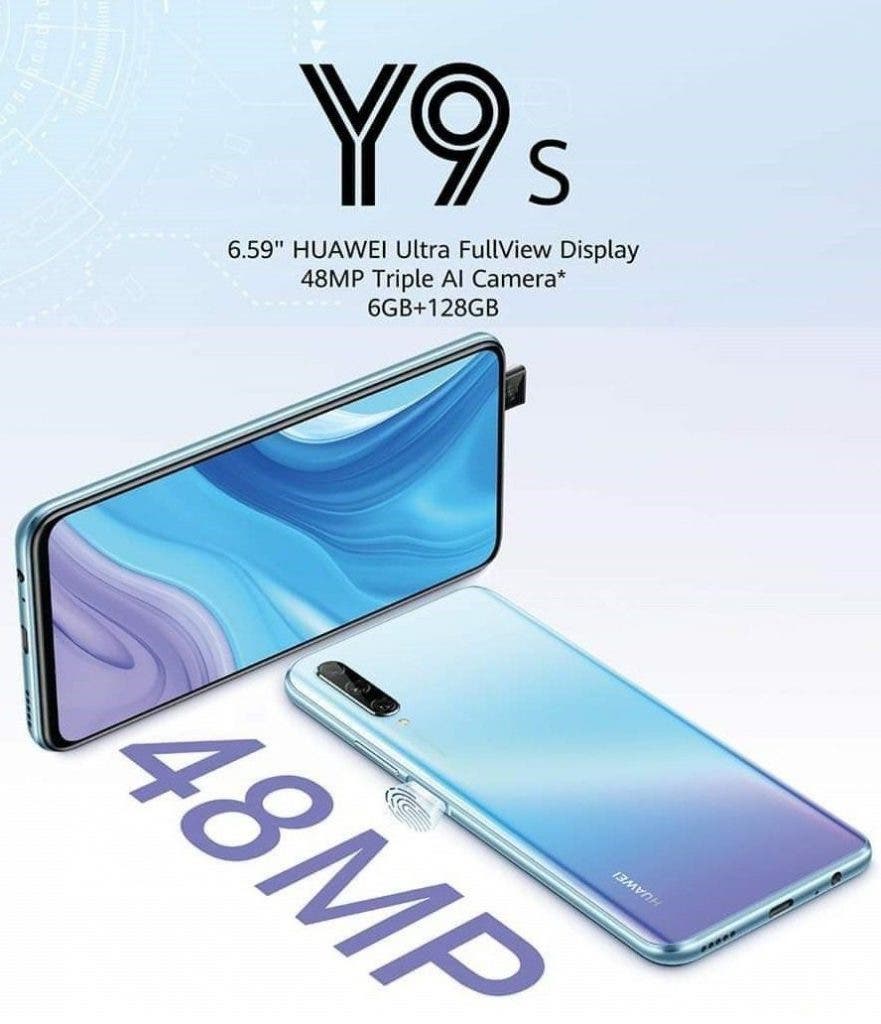 The other big news is that Huawei would mimic the Sony system and other brands when relocating the fingerprint reader. Instead of placing it in the back, the most classic mode, or under the screen, the most modern (and expensive) technology, the manufacturer chooses to place it on one side, on the power button of the mobile.

Other details of the Huawei Y9s

According to the Huawei Y9s poster, we would have a triple camera on the back powered by AI functions with a 48MP sensor. The device would reach stores with 6 GB of RAM and an internal memory of 128GB.

Indeed, all these specifications remind us of another smartphone that, precisely, arrives in the past period at stores. We talk about the Honor 9X, which seems to be the basis for this new Huawei mobile with which it shares many details. Given this, it is quite simple to know the rest of the features, such as a FullHD+ screen resolution, with 2340 x 1080 pixels and the presence of a Kirin 710F processor inside.

There are more doubts about its operating system because it could reach the market with EMUI 9.1 based on Android 9 Pie. Or directly land in stores with EMUI 10 based on Android 10, unlike the latest Honor mobile phone. As for the other specifications, it is logical to think that the new Huawei Y9s could have a 4,000 mAh battery with 10W fast charge technology.

At the moment, we have no date of presentation of the phone nor do we have information on the markets in which it will be available.