Vivo has released a poster announcing it will hold a Vivo & Samsung launch joint event in Beijing on November 7th. You can see the invite attached below with the clear hints that the launch has got something to do with a 5G VIVO smartphone, powered by the Exynos 980 SoC from Samsung. Perhaps, the Vivo X30 will be the event’s main highlight.

Other than that, the invite doesn’t explicitly reveal information about the product that would be launched. However, we have known for a while now that the Chinese firm will be unveiling a 5G smartphone – the Vivo X30 powered by Samsung’s Exynos 980 5G SoC. Earlier rumored to arrive at an unknown date in December, a report from the last days of October revealed the VIVO X30 might actually be the star product at Vivo’s and Samsung joint AI event on November 7th. 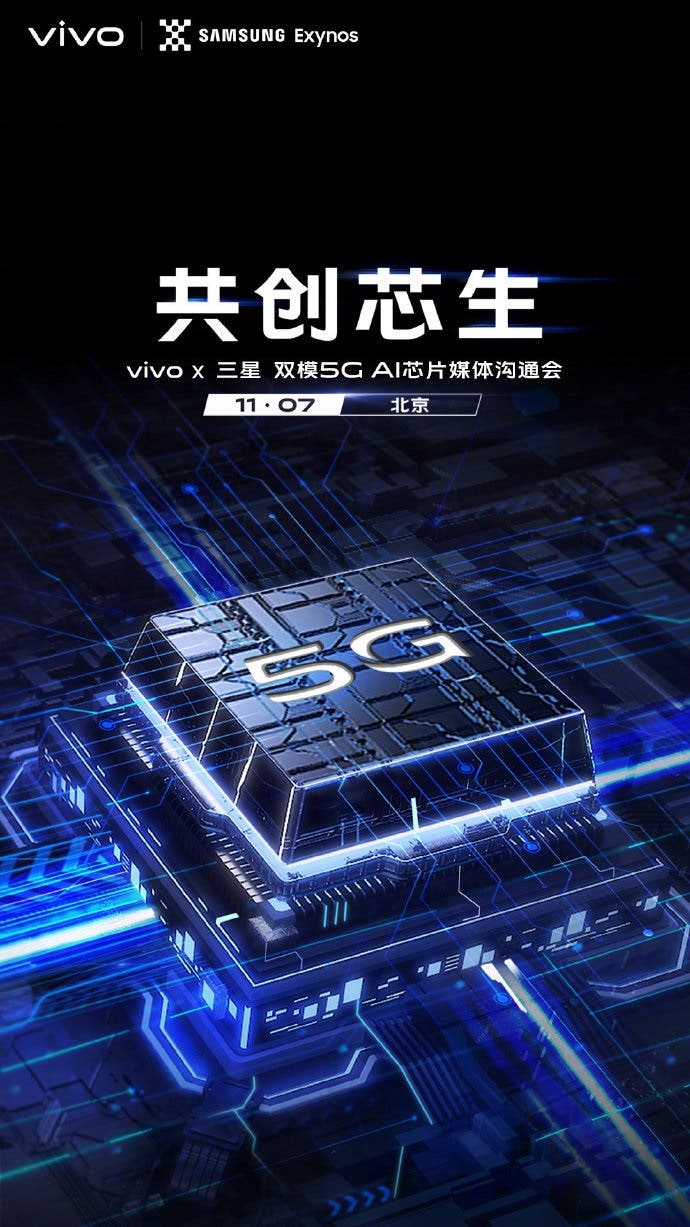 The Exynos 980 is the first mid-range chipset with an integrated 5G modem. It’s an 8nm chip featuring 2x Cortex-A77 cores plus 6 x A55 cores. Furthermore, it counts with the Mali-G76 MP5 GPU and features an NPU. Worth noting that using an integrated 5G modem is a cheaper solution since they’re built-in the motherboard. Also, they are more power-efficient to boot, reducing the overall energy consumption. Notably, the SoC supports both NSA (non-standalone) and SA (standalone) 5G dual-mode networks.

Not much else has been revealed about the Vivo X30, though there are reports it will come fitted with a triple rear camera setup, and a notch-less display – all thanks to its pop-out mechanism at the top. Given it will come with the Exynos 980 chipset, the X30 is likely to come only in 5G version, with no option for a 4G variant. The Vivo and Samsung joint event is only a few hours away, perhaps more information related to the event will be in the opening in the coming hours.