Xiaomi’s smart TV brand is doing quite well in the market. In fact, the company has a stronghold on the Chinese and Indian smart TV markets. In the recent Chinese 11.11 sales, the Xiaomi TV brand took only 13 minutes and 42 seconds to reach 100,000 units. However, unlike Xiaomi smartphones, Xiaomi TV is not widely available. Now, the latest report is that the Xiaomi TV brand is now officially in China.  In a new Xiaomi poster, the company said “Hola, Spain! We are here!” 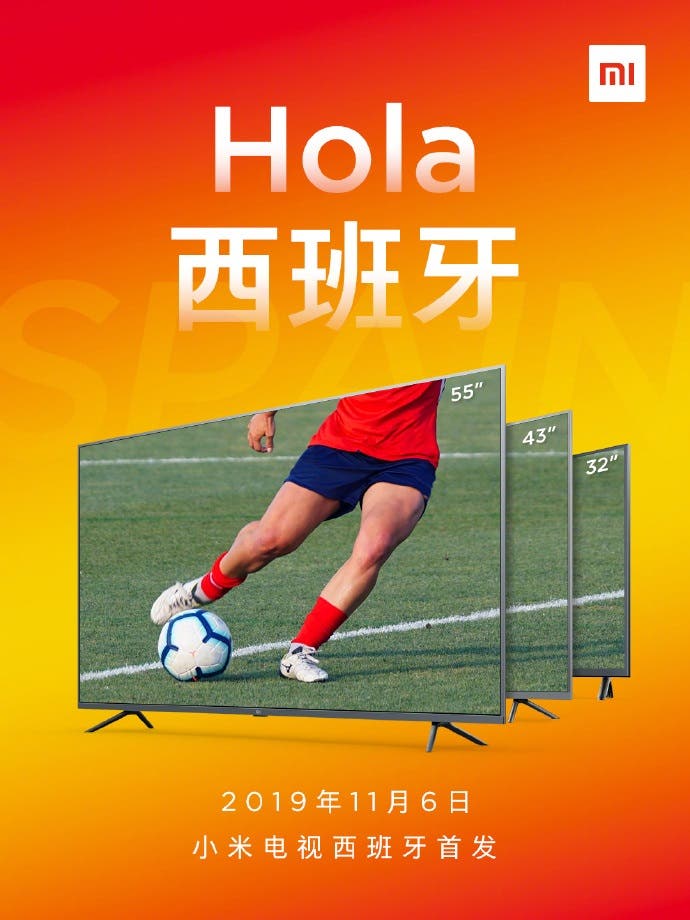 The sales of Xiaomi TV in China for Q1 2019 was quite impressive. For three consecutive quarters, Xiaomi TV has the highest shipment in China. Even in India, it has also been top of the chart. For Li Xiaoshuang, his target is for Xiaomi TV to remain top of the chart for a whole year.

Previous Vivo X30 with Exynos 980 SoC teased, to be unveiled in December

Next Ren Zhengfei: No US company is willing to negotiate for our 5G technology