Privacy and security have always been one of Apple’s core competencies. However, in recent times, security experts found a bug in macOS Catalina that could lead to email leaks. According to Bob Gendler, he was trying to figure out how macOS Siri provides recommendations to users. He came across a process called suggestd, run by the system level LaunchAgent com.apple.suggestd. The Suggestions folder in the user-level Library folder contains multiple files and some potentially important database files (.db files). Some of these files contain information on Apple Mail and other apps. 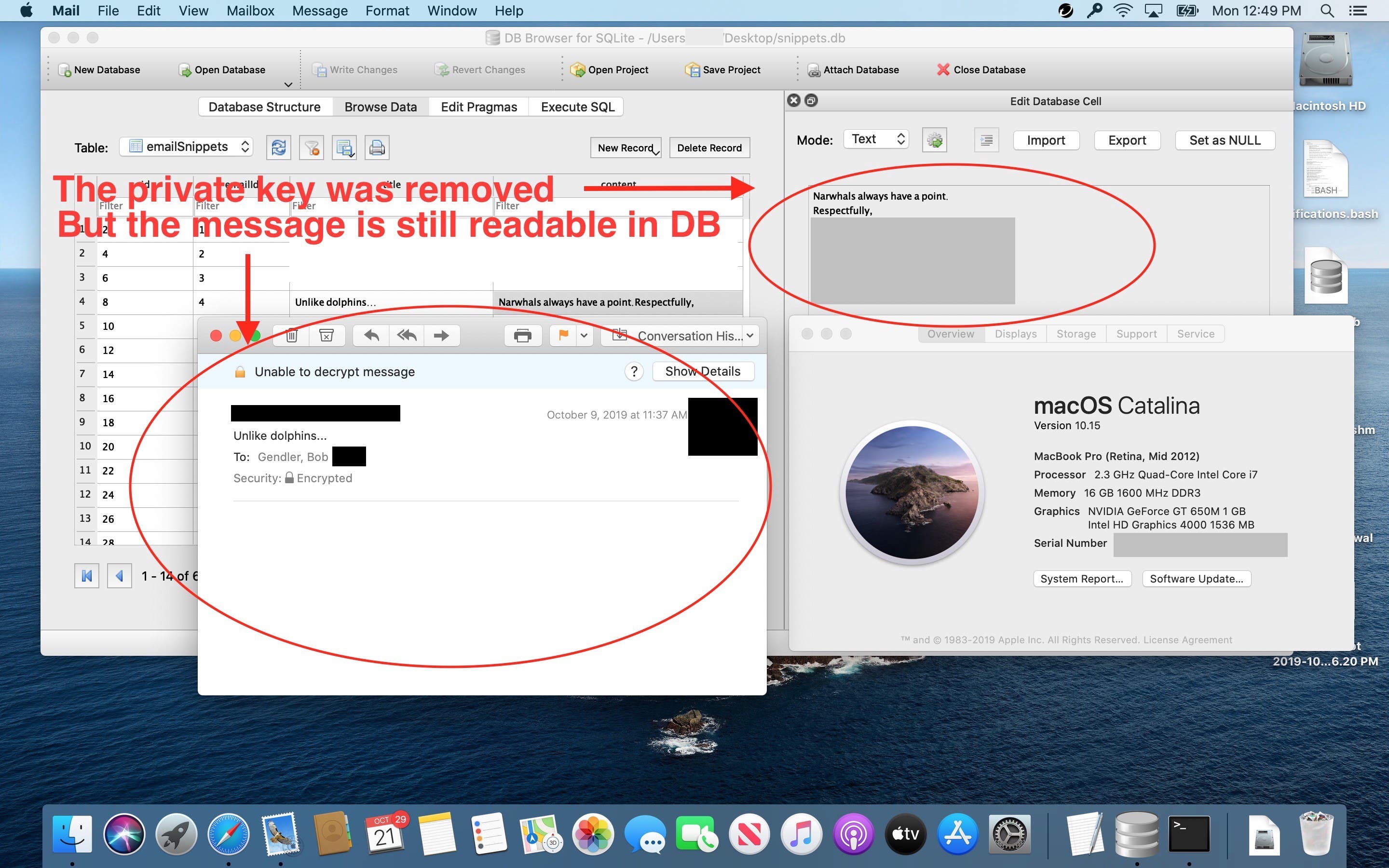 In this file, Gendler found a file called snippets.db that stores some unencrypted email text that may be directly available to people with ulterior motives. Gendler said the vulnerability was discovered in several macOS versions he tested. This includes Catalina, Mojave, High Sierra, and Sierra.

He reported this discovery to Apple for the first time in July, and recently Apple said it will fix the vulnerability in a future version update. However, if you fear for your mail privacy before the update arrives, you can turn off “Learning based on this app” or “System” in “System Preferences > Siri > Siri Proposal and Privacy > Mail”. Preferences > Security & Privacy > File Safe.