The handset portrayed in the renders appears to have married the new camera madness trend with a whopping four camera setup on the back. Meanwhile on the front we find a design we know very well, with a hole punch camera in the middle of the screen. The Galaxy A51 does indeed seem very similar to Samsung’s latest flagship – the Note 10.

The Samsung Galaxy A51 is also expected to pack a 6.2-inch AMOLED display on a more rounded frame. Beneath the display we’ll probably find an UD fingerprint scanner. This is mostly confirmed by the lack of a fingerprint scanner on the back.

Samsung’s Galaxy A51 will also be equipping the home-developed Exynos 9611 processor, which includes a four 2.3GHz A73 big cores and four 1.7GHz A53 small core combo plus a G72 MP3 GPU. The CPU will then be paired with 4GB of storage and either 64GB or 128GB of internal storage. 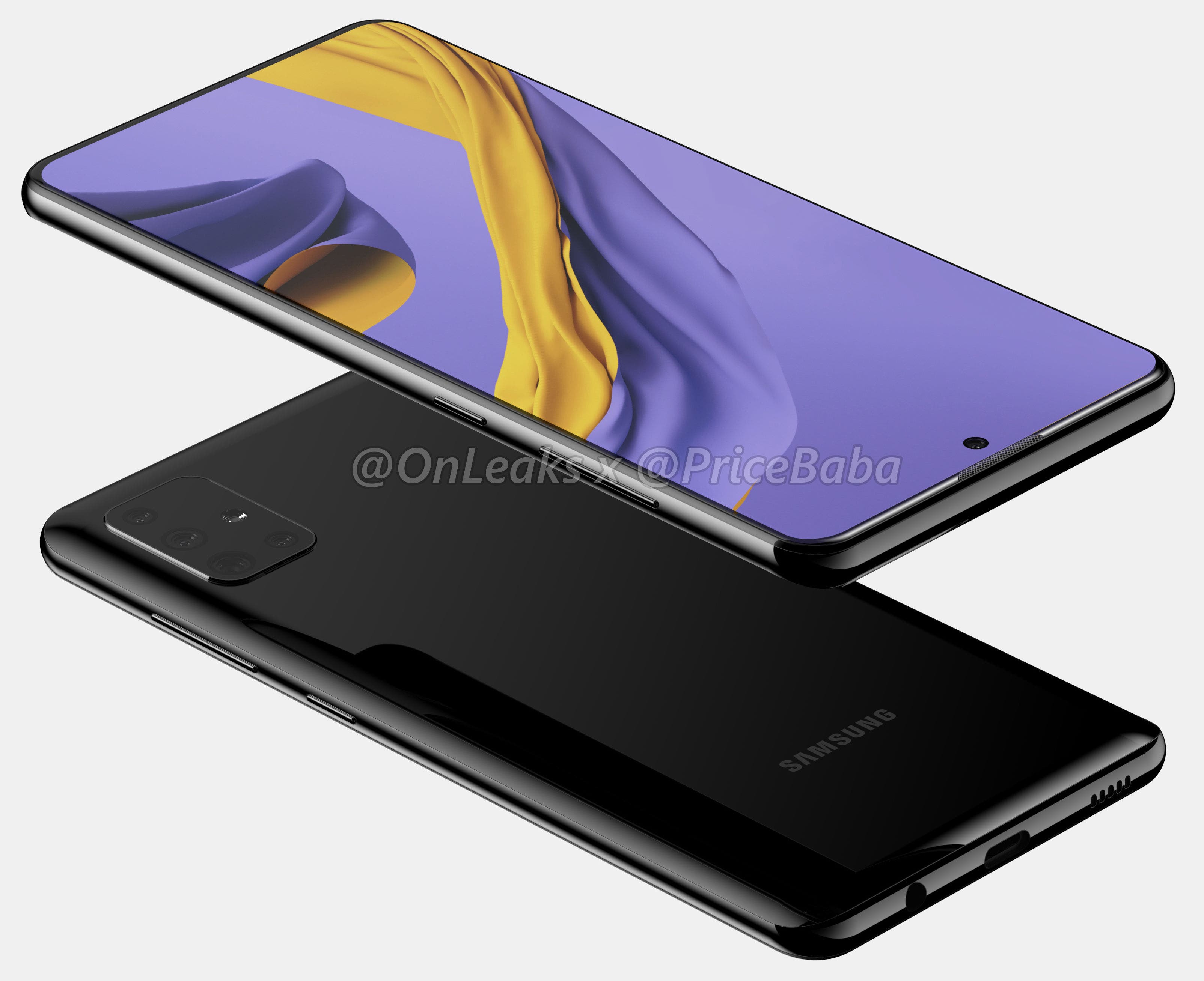 As far as the camera hardware is concerned, the Samsung Galaxy A51 will be packing a 48MP primary sensor coupled with a 12MP ultra wide angle lens, a 12MP telephoto and a 5MP depth sensor to snap photos with the bokeh effect. In the front we’ll instead find a 32MP single snapper for high res selfies.

Samsung’s mid-ranger dimensions are already known and they are 158.4 x 73.7 x 7.9 mm. Meanwhile, regarding it’s color variants, the smartphone will be available in silver, black and blue. 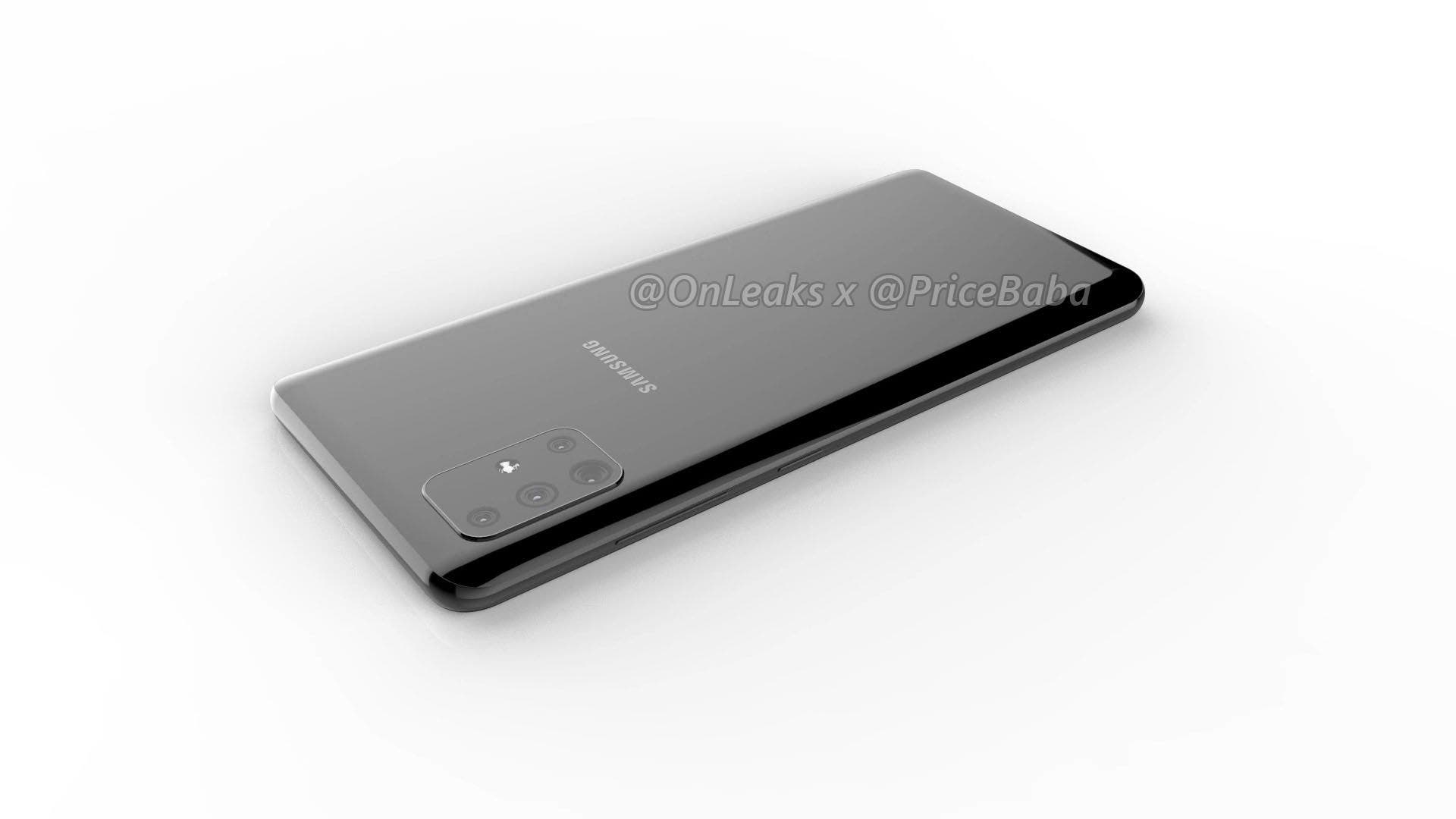 Finally, pricing should be just over $250 or 250€. Similar to the price of the Galaxy M30s which comes with the same CPU.