Back in September, Xiaomi released the Redmi Note 8 and 8 Pro. We don’t need to say that Redmi Note 8 Pro sounded much more interesting and appealing than its standard sibling. After all, the smartphone came with a larger display, a bigger battery, and a whopping 64MP camera. However, instead of sticking with Qualcomm and the Snapdragon SoCs, Xiaomi opted for releasing the 8 Pro with a MediaTek chipset. We have to say, the Helio G90T is a powerful chipset that definitively fits as one of MediaTek’s best offerings in recent years. It delivers solid performance, great gaming experience at a very low price. Thus allowing Xiaomi to sell its Pro smartphone at a low price tag.

However, many fans of the brand have been waiting for a Snapdragon-powered Redmi Note 8 Pro, especially those in the Custom ROM world. After all, MediaTek’s powered smartphone has few to none custom ROM development. While Qualcomm powered smartphones have plenty of Custom ROM versions. And there is a special amount of Redmi users who love the hardware but aren’t big fans of MIUI. For this specific niche of users, the Note 8 Pro isn’t attractive, since there’s no guarantee that it will receive aftermarket support. 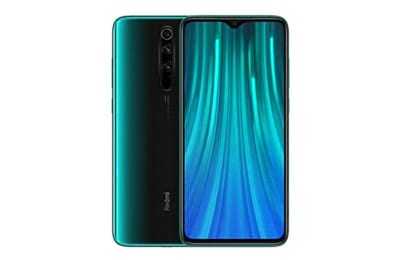 A new Redmi Note 8 Pro is coming with Snapdragon 730G

A new Xiaomi device has received 3C certification and according to the report it bears Quick-Charge 4.0 at 27W. The first reports were pointing that this device could be the long-waited Pocophone F2 or the Redmi K30. However, according to some sources that are familiar with the brand, this is a new version of the Note 8 Pro that will ship with a Snapdragon 730G instead of MediaTek’s chipset.

#Xiaomi
Ok, guys I see new model numbers: M1912G7BE M1912G7BC, that appeared at 3C database, and what can I say.
New #Redmi phone is coming! It's #RedmiNote8Pro upgrade version with SD730G.

According to Xioamishka the “Redmi Note 8 Pro with Snapdragon 730G” is coming soon. But he also states that Xiaomi’s Redmi K30 will be released as soon as the next month. Interestingly enough, the Xiaomi’s follower isn’t the only one claiming the above information. According to another profile in the same network (Android Lovers), the M1912G7BE device which got certification is the Note 8 Pro. The Helio G90T only supports 18W fast-charging, for that reason, the Snapdragon 730G is the most reasonable choice. Apart from the different chipset, other specs should remain the same.

For now, we should digest these rumors with a pinch or two of salt. However, these rumors may be heart-breaking for some Redmi Note 8 Pro owners that have already opted for the MediaTek’s powered variant.

Next Huawei Mate X sold out in record time, next sale scheduled for November 22