As we learned in this article, the Huawei MatePad appears to be really close to getting unveiled. The company did indeed release a teaser which suggested the device will launch on November 25th.

Today. the Chinese phone maker teased the upcoming tablet once again. This time they posted an image of a large screen device and added the words “The power of creation”. These words, in our opinion, could suggest that the MatePad will be aimed at professionals, just like the Apple iPad Pro. 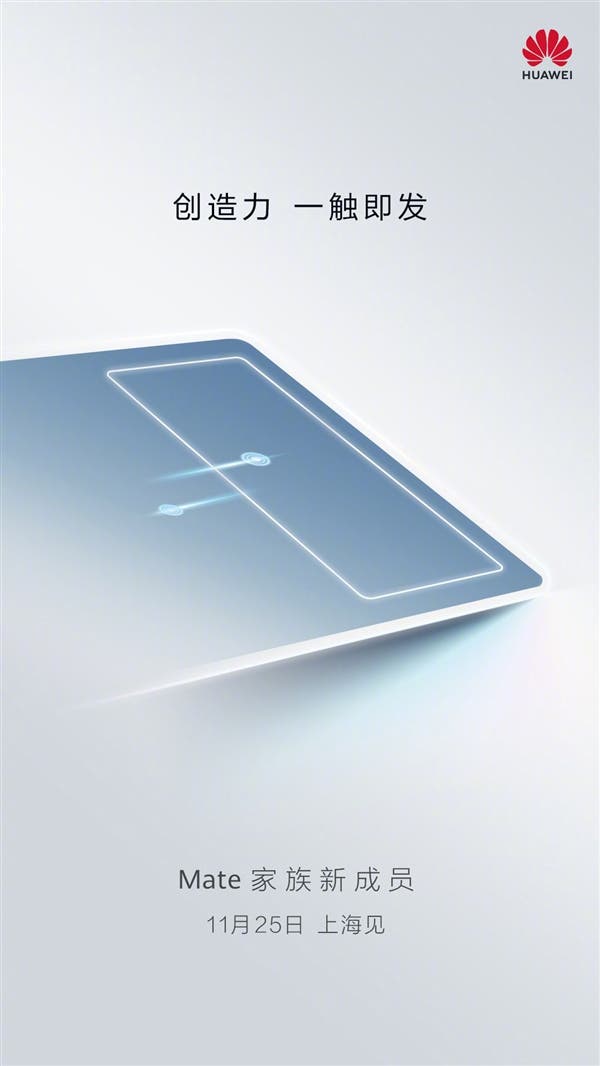 The Huawei MatePad is indeed expected to be a very powerful device, which means we’ll probably find the latest Huawei Kirin 990 chipset. Alternatively, the tablet could equip the still powerful Kirin 980. Along with the CPU we’ll then find 8GB of RAM and from 128GB to 512GB of internal storage. There should also be a nano SD slot to expand the memory.

Design wise, the tablet has been rumored to feature a punch-hole in the upper left corner, within which we’ll find a front facing camera. That could also suggest bezels around the screen will be very slim, or at least we hope so. Finally, the MatePad should be available at launch with a dedicated keyboard and M-Pen support. Of course, they’ll be purchasable separately.

We have to say that Huawei’s tablet is looking out to be quite interesting and could further increase the dominance Chinese company has over Apple (as far as tablets are concerned).

What do you guys think? Looking forward toward to the Huawei MatePad launch? Let us know in the comments section below!