According to a recent Realme schedule, it has an event for November 20 where it will probably release the Realme X2 Pro in India. A couple of days back, a new teaser from Flipkart showed the Realme 5s with a massive 5,000 mAh battery. This smartphone will also come with a 48MP quad-camera and interestingly, it will also arrive on November. Now, this smartphone has now made its first appearance on GeekBench. 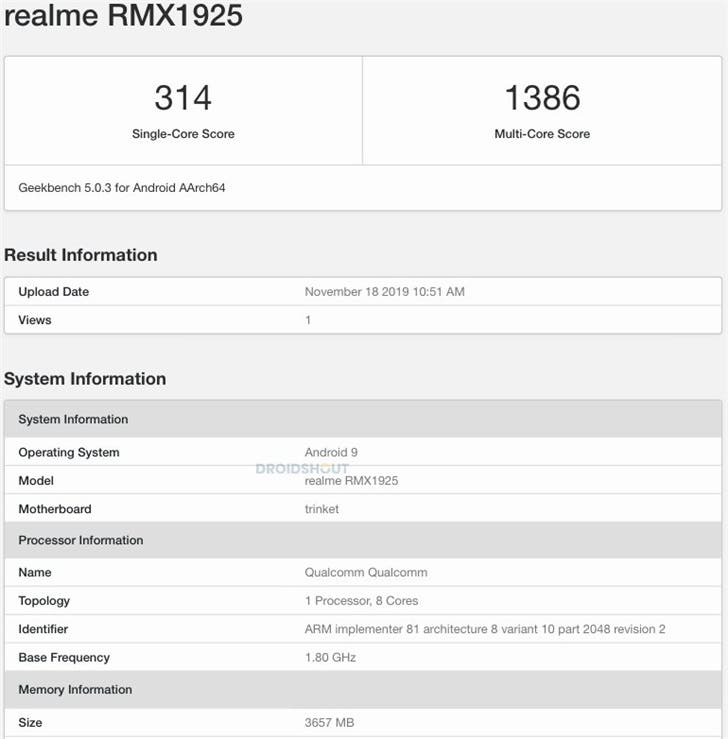 According to the GeekBench listing, this device will come with a Qualcomm Snapdragon 665 processor and 4GB of RAM. The Realme 5s has the model number “RMX1925”, on the Geekbench website. The phone’s single-core running score is 314 while the multi-core running score is 1386 (Geekbench 5 benchmark). In addition, the listing also shows that the Realme 5s will run on Android 9 Pie operating system with 4GB of RAM.

Previously, it has been confirmed that the Realme 5s mobile will be equipped with a 6.51-inch high-definition display. This smartphone comes with a 48MP camera (quad-rear camera setup) and the battery capacity is 5000 mAh. In addition, the phone will also be available in three colors which include blue, purple and red. Like we said earlier, this smartphone will arrive on November 20.

Next Motorola RAZR European Price Known, Higher Than The US Version