Japanese manufacturer, Sony, is currently having a hard time in the smartphone market. However, that is not deterring the company from making some adjustments to its Xperia series this year. One of the most conspicuous changes is the use of a 21:9 aspect ratio display. Sony is stepping up its focus on flagship products. According to recent reports, the company will release four flagships and at least three mid-range devices.

The flagships will come with the latest Snapdragon 865 SoC and they will support 5G network. In addition, the mid-range devices will use a Qualcomm Snapdragon 735 SoC and may also support 5G. Earlier this year, we saw a Sony smartphone render with six rear cameras. At the time, speculations have it that this configuration is for Sony’s 2020 flagship – Xperia 0. According to reports, this smartphone will support 5G and will come with a 48MP main sensor. Other sensors include a 12 MP auxiliary sensor, 20MP F/2.4 sensor, 16 MP F/2.4 sensor, 8MP F/2.4 sensor, and a 0.5MP ToF sensors. This smartphone will probably arrive at IFA 2020. 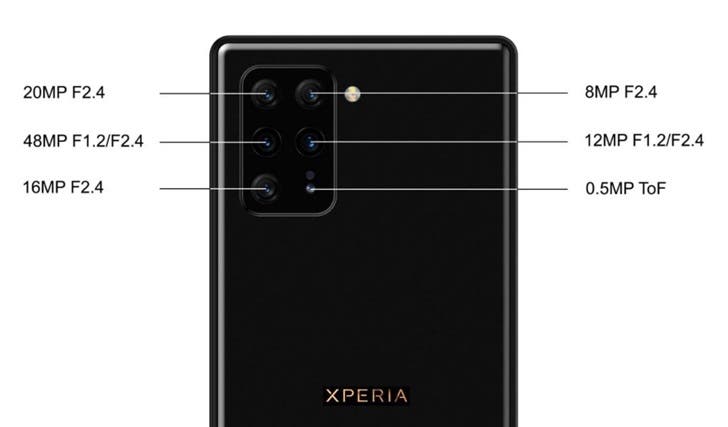 Furthermore, there are also rumors of a Sony Xperia 3. From what we know, this smartphone will feature a 21:9 display and a Snapdragon 865 chipset. It also uses a curved backshell design. New rumors say the phone will support 5G network, triple rear camera and a QHD resolution.

As for Sony’s mid-range product line, there are rumors that Xperia 10’s successor will be Xperia 10.1, which will support 5G. On the other hand, Xperia 10 Plus is expected to be updated to Xperia 9.1 and it will also have 5G support.

Lastly, Sony will also face the challenge of pricing. It needs to learn from Apple. The American manufacturer showed that you don’t have to reduce your price to be on par with the likes of Redmi or Vivo. There just have to be an appreciable reduction which makes users to appreciate the value-for-money.