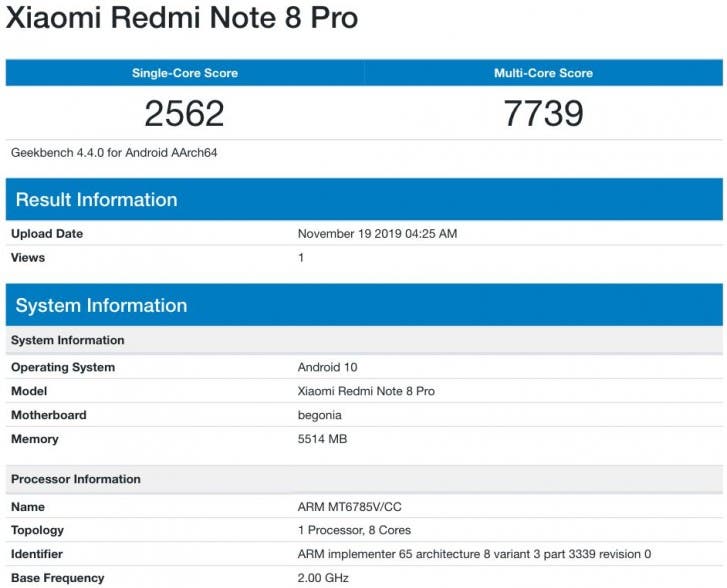 The Redmi Note 8 Pro, which codename is Begonia, has been spotted on GeekBench running Android 10. Thus giving a strong hint that Xiaomi is on the final stages to deploy the Android 10 update for that smartphone. Worth noting, that the handset which has been released with MIUI 10 is starting to receive the MIUI 11 beta update on Global markets. Unfortunately, the MIUI 11 package still runs atop of Android 9 Pie, but judging by this new leak this will change soon.

We don’t expect to see any big changes coming with Android 10. But of course, it’s good to have it in the long run. After all, the Note 8 Pro runs with a MediaTek chipset. These have been lagging behind Qualcomm’s counterparts when it comes to software updates.

The official MIUI 11 schedule states that both the Note 8 devices will receive stable MIUI 11 updates in December this year. Hopefully, these updates will be based on the latest Android release.