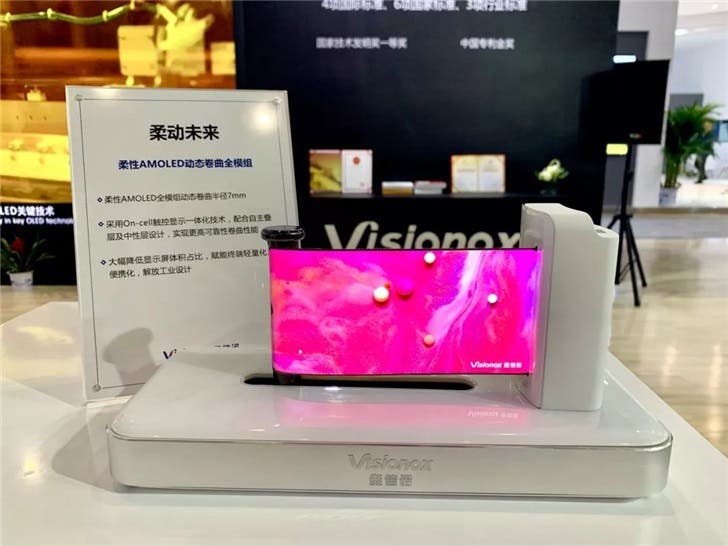 The display manufacturer has given a glimpse of the future during the World Conference in the Display Industry. During the three-day event held in Hefei, Anhui Province of China, Visionox showcased a rollable flexible AMOLED panel. In addition, the company showcased a couple of interesting products like a foldable clamshell smartphone. According to the company, the rollable display design will reduce the area taken up by the display. This technology will represent an upgrade over the current foldable solutions.

Visionox’s rollable display had a dynamic curl radius of 7mm. Furthermore, it features an on-cell display integration technology and self-lamination. However, you shouldn’t hold your breath for it, since it’s clear that will take some to be ready for commercial availability. Therefore, Visionox has chosen to show only the display, instead of a smartphone featuring the new technology.

But when it comes to the foldable scene, Visionox has brought a foldable smartphone sample to showcase its technology. The handset features a foldable display that fits in a clamshell-like build. Interestingly enough, this device can fold in the center and looks like a standard modern smartphone. It features a regular 6.47-inch flexible AMOLED display with on-cell technology. Despite the foldable technology, it comes with a traditional notch at the top. According to Visionox, there won’t be a crease at the center when the phone is folded into its 13.3mm form factor. 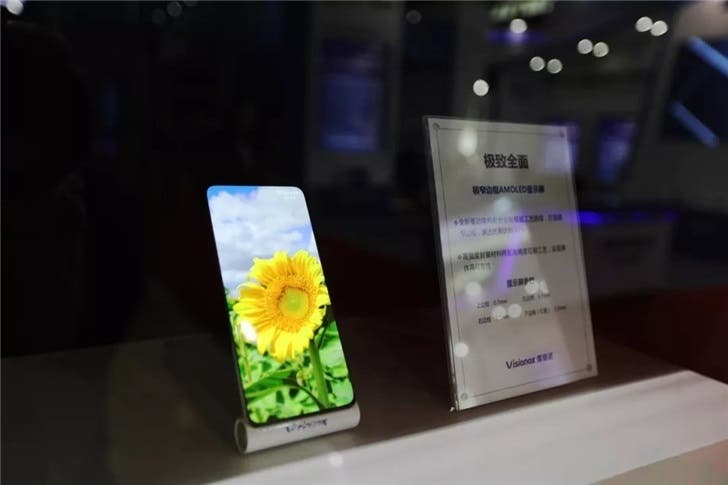 Last but not least, the company revealed a truly bezel-less smartphone. It features a tiny 1.5mm bezel at the bottom and 0.7mm bezels on the other three sides. The screen to body ratio is as high as 96%. The whole event shows how Visionox is ready to be one of the major players in the display scene. The company is already supplying displays for Xiaomi’s Mi Note 10. In the next year, it will look for more partnerships in the segment.