Surface Duo and Neo were both announced at the beginning of October by Microsoft. There is still a year to go before they are officially available, and the details on the technologies in use are still limited. Some answers could arrive by a patent filed by the Redmond company in May 2018 and published a few days ago, which describes a cooling system for devices with a double screen, therefore suitable for the two models mentioned above.

There is talk of a cooling system similar to other solutions used in the mobile environment. Where a pipe system is able to steam the internal hardware. In this patent dated November 21, 2019, Microsoft extends the steam chamber beyond the hinge that connects the two displays. With the aim of cooling both portions. Here is an explication of the system in the two images below. 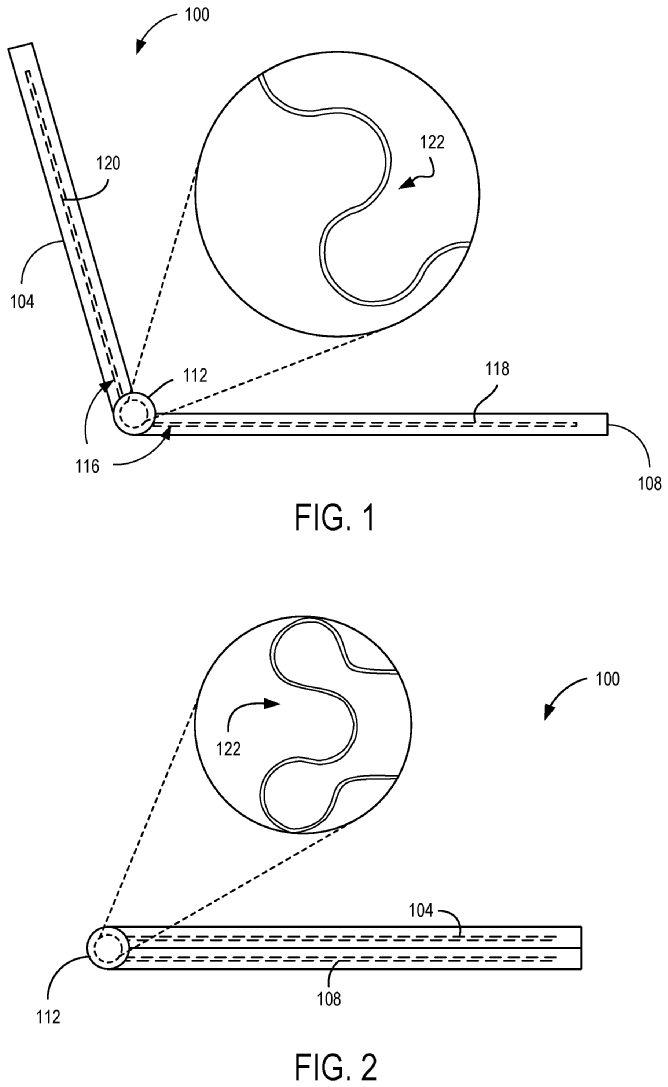 In the patent, various scenarios are possible. Where one speaks of intensive use of titanium for the realization of the steam chamber. Such that it can also be in use inside the hinge.

Although interesting in theory, this cooling system could not be practical in the real application, given that both Surface Duo and Neo will be devices “theoretically” characterized by a very limited thickness and it will be interesting to understand how Microsoft intends to manage the interior spaces between hardware, battery and cooling system.

It is not even certain that the company wants to integrate this system in the first generation of these devices, so the above patent could perhaps only be applied starting from the next generations. As far as we know, a cooling system would not be strictly necessary. But it would certainly help to ensure optimal performance in all conditions of use.

Towards the end of October, there was still talk of Surface Duo and Neo regarding the possible presence of a 5G module. Although there is no effective date of arrival on the markets. But only a generic 2020. Both could arrive at a time when 5G technology will still be scarcely diffused. At least according to Microsoft’s forecasts. Which is why LTE support could be more than just enough.

Next Facebook dark mode is finally being rolled out on Android