Samsung is working on its next-gen flagship smartphone dubbed Galaxy S11. As expected, the device will launch somewhere in February 2020. Even though the official launch is quite far, the smartphone continues to be a center of attraction in the rumor mill. After numerous leaks, the device has finally appeared on the GeekBench revealing a few key aspects. 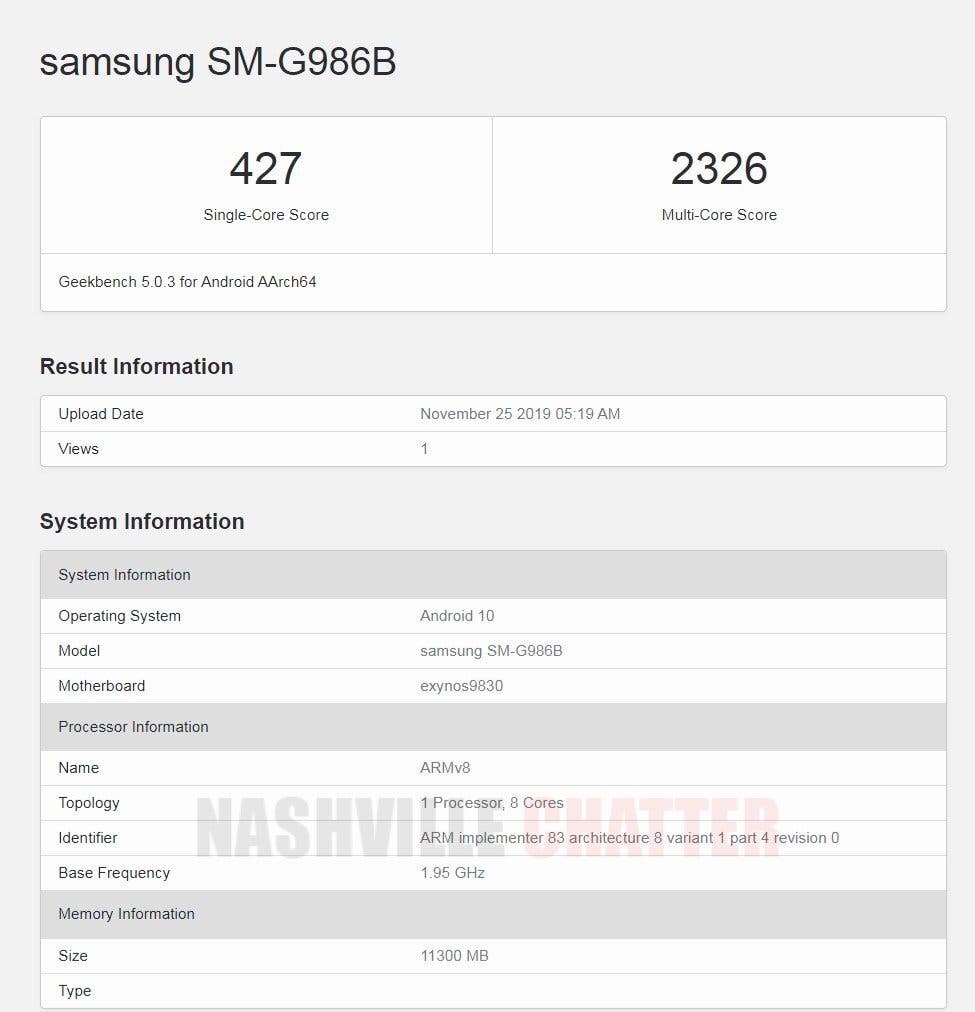 The Galaxy S11 with the model number SM-G968B has recently bagged the GeekBench certification. As per the listing, the smartphone runs on the Exynos 9830 chipset with a base frequency of 1.95Ghz. The Exynos 9830 is nothing but the company’s all-new Exynos 990 flagship SoC. The chipset comes with 5G connectivity and features eight cores. The smartphone is spotted with a whopping 12GB RAM.

Lastly, the listing reveals that the device will indeed run on the latest Android 10 operating system. Coming to the benchmark, the device managed to score 427 on single-core performance and 2326 in multi-core.

Samsung Galaxy S11 should come in three different variants – Galaxy S11e, Galaxy S11, Galaxy S11 Plus. The lower variant should feature a 6.4-inch display while the bigger one will have a 6.9-inch display. The vanilla S11, on the other hand, features a 6.7-inch AMOLED panel. The smartphone maker is expected to bring the 120Hz refresh rate along with thinner edges. Considering previous renders, the selfie camera will now be located at the center position.

In terms of optics, the device features quad rear cameras at the back with 108MP primary lens and 48MP secondary sensor. The phone will come with a 10x lossless zoom and up to 100x hybrid zoom. The device is confirmed to come with 25W fast charging support along with a 5G variant. Considering previous speculations, the device might go official on February 11, 2020.