At the last IFA show in Berlin, Google introduced a new and exciting feature for its Assistant, we are talking about Google Assistant Ambient Mode. The idea is quite simple. When you charge your smartphone, it becomes a kind of Smart Display with a redesigned interface that gives you one-click access to all your day’s events and a preview of the weather while providing simplified control on the house connected devices.

It can also turn your smartphone into a photo slideshow like the Google Nest Hub. It supports smartphones running Android 8.0 Oreo or higher versions of Google’s mobile OS. And soon it will receive an update to receive this new feature. 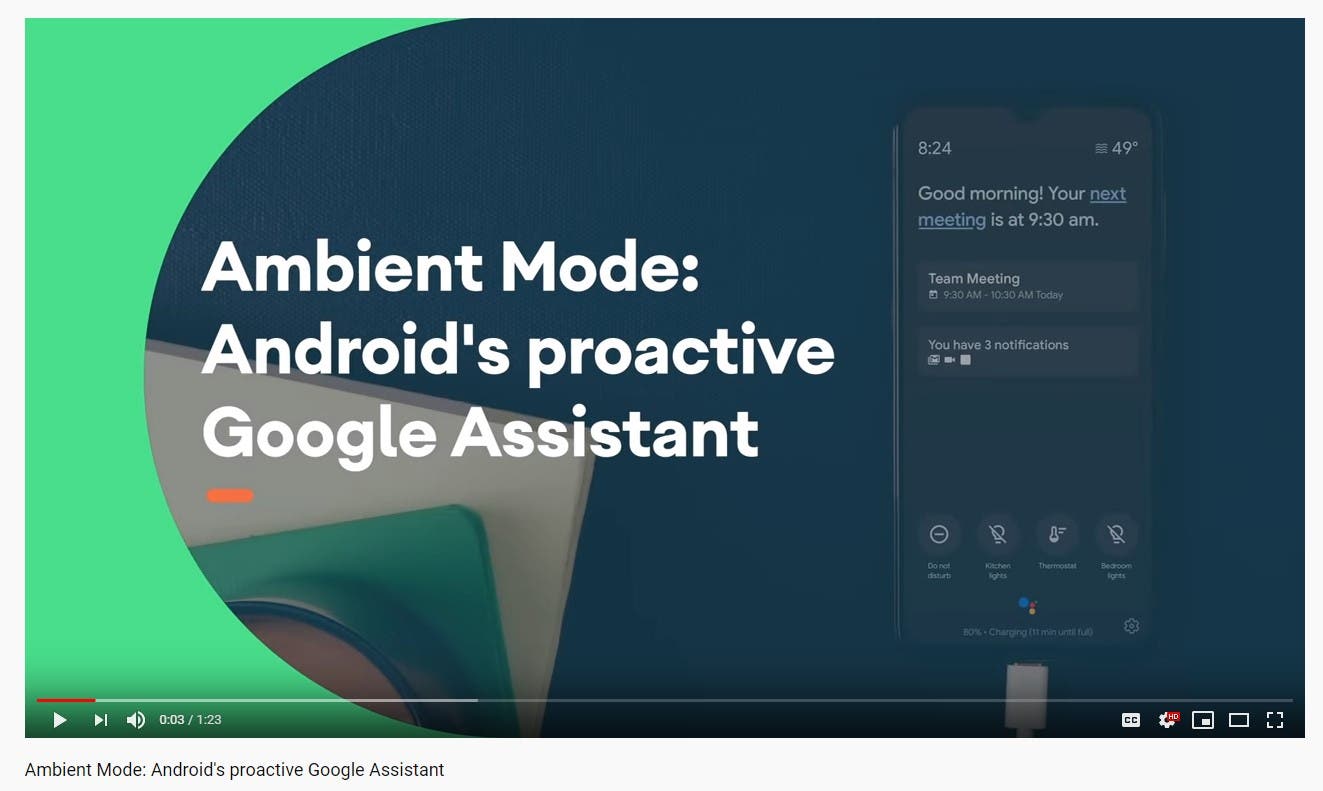 In a video (above) Android product manager Arvind Chandrababu said the feature makes it easy to accomplish tasks. With just a few clicks while your phone is charging. “Now with one tap, you can set the alarm. Also, you can look at what time your first meeting is the next day. And you can turn off the lights and you can also have a slide show of your photo memories.” He added that the experience is “deeply integrated” into the Android OS. And that Google has a number of similar similar features planned for OEM devices going forward.

The deployment of Google Assistant Ambient Mode is obviously managed by Google which specifies that it is a deep integration into the Android system. The purpose of the functionality is “to anticipate your needs and accomplish your tasks as quickly and easily as possible”.

Next Android: a new and extremely dangerous malware steals financial data of its victims