Xiaomi India has been teasing the Black Friday Sale for a few days now. While the company is yet to unveil all the deals, they have teased two products set to be revelaed tomorrow. The first one is a new Blue colour variant of Redmi Note 8 Pro which just went official in Europe a couple of days back. And the second product seems to be a new Mi TV, possibly a new 32-inch variant. Just today, ahead of the sale, they announced the first-ever sale for a new Redmi Note 8 Cosmic Purple colour to go shelves this Friday. 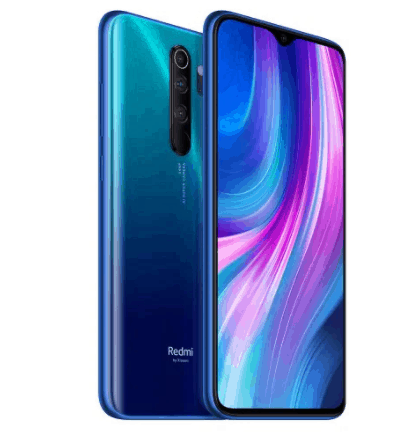 Mi fans, you've been asking for a new colour variant of the beast. Well your wish is about to come true. Hint in the image 👇

RT and guess if you know what's coming. #BlackFridaySale pic.twitter.com/mHGV6fX3PU

The teaser posted on Twitter by Redmi India official handle exhibits the Redmi Note 8 Pro with blue colour sides along with electric current passing through the centre. Also, the teaser picture reads Electric and blue-tiful suggesting the name of the colour to be Electric Blue. To recall, the same colour is called Ocean Blue in Europe. The name of other colours of the phone also differs in both the regions.

Mi fans, gear up! For you'll wake up to something new tomorrow. A big surprise awaits! Stay tuned.

Other than Redmi India, the Mi TV India Twitter handle also posted a new teaser video. Going by the teaser, the new TV which is set to be unveiled tomorrow is definitely not the new Mi TV 5. Because the video clearly exposes larger bezels and cheaper stands suggesting it to be a budget model. We think it is the new 32-inch entry-level TV since the current Mi TV 4A Pro 32-inch variant was launched back in March of this year. Further, this size variant has not received a new model yet, although, all other size variants have received a new upgraded model. Anyways, we will know what Xiaomi India has in stores for Black Friday Sale tomorrow.