Vivo’s iQOO is a successful and powerful lineup of gaming smartphones. According to recent reports, and even TENAA listings, the iQOO series is about to receive a new member. Do you remember the V1936AL smartphone that appeared on the Chinese regulatory agency? After further inspection, we started to believe that it could be a new variant for the iQOO Neo series since it’s initial moniker was V1936A/V1936T. Now it is basically confirmed by a new Benchmark test from the Chinese platform Master Lu. It shows that this “V1936AL” is running with Qualcomm’s best offering for flagship performance, the Snapdragon 855+. Perhaps, it’s a Vivo iQOO Neo 855+? 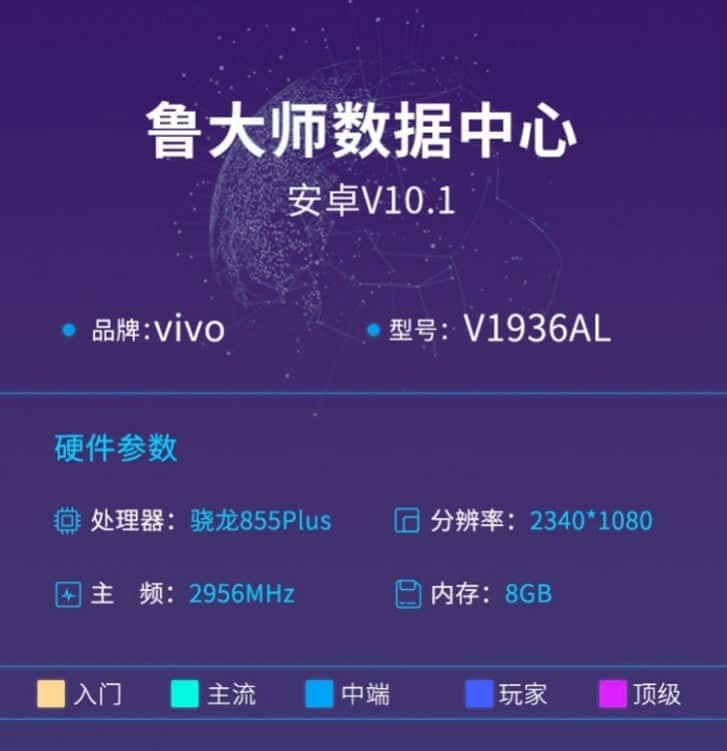 The first Vivo iQOO Neo came with the Snapdragon 845 and was later followed by the Neo 855 which ships with Snapdragon 855. Apparently, the Chinese giant will give a step further with the best chipset offering for flagships. It’s the natural evolution for the iQOO Neo series, the problem is that Vivo already has two handsets with this SoC. The Vivo iQOO Pro and its 5G variant.

Of course, nothing can stop Vivo from upgrading its lineup with a Vivo iQOO Neo 855+. However, it could reach only certain markets to avoid direct competition with the iQOO Pro. According to TENAA, the V1936AL has no difference in comparison with the standard iQOO Neo. Perhaps, it’s just a new Special edition with an upgraded SoC.