At the beginning of the week Huawei launched the new MatePad Pro, a flagship tablet that’s expected to compete against Apple’s very successful iPad Pro series. Huawei’s tablet had a starting price of 3299 Yuan, which is around $470 at the current exchange rates. 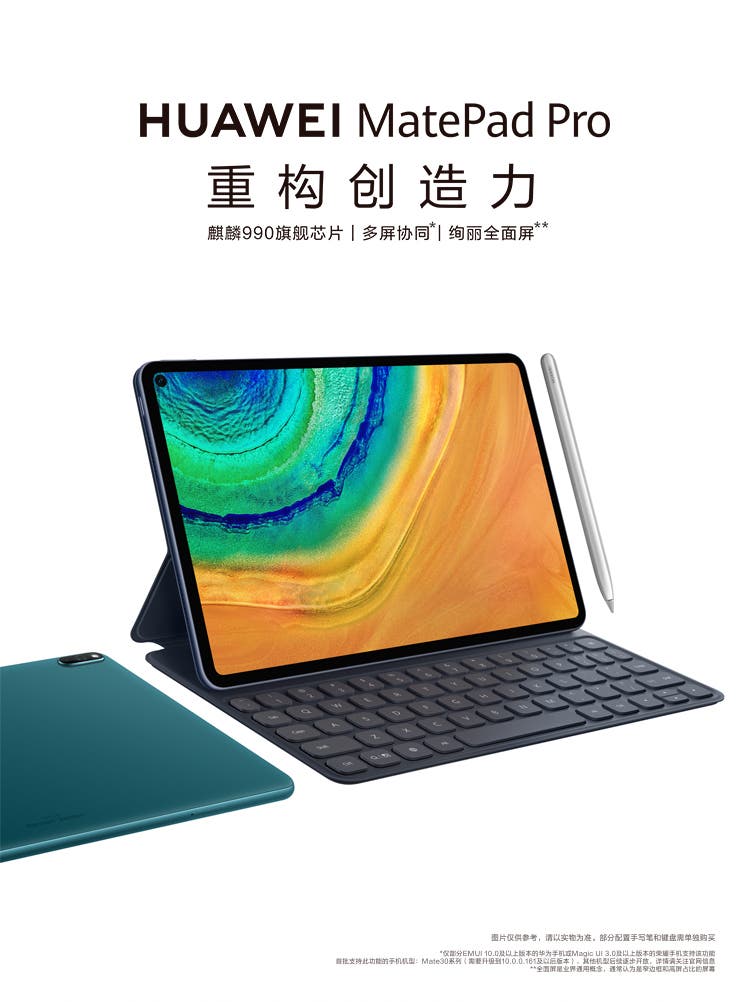 Now, since tablets are one of the product categories that bring less profits, one could ask why did Huawei release a new series of tablets in 2019? Did the company find a way to profit more off of this segment? Well, to answer these very questions asked by the Chinese press we have the words from Yu Chengdong, CEO of Huawei’s consumer business.

Yu Chengdong said in an interview that ” We are more concerned about user experience. We do not simply pursue a single profit, but the ultimate goal we are pursuing is the balance between user experience and business value. At the same time, it is a statement to show we are an important part of tech scene”.

Huawei’s consumer business CEO then added that the MatePad Pro will be coming in other sizes; these will obviously be larger and cost more. Chengdong explains the higher price is due to the display technology. Huawei does indeed use high quality panels that aren’t cheap. In addition to that, the smaller sale numbers compared to smartphones mean it’s more expensive to produce tablets as there are less profits.

Yu Chengdong also disclosed that “because the market space for tablets is very limited, many leaders within our company, including the highest level, have suggested this business to be cut off. And that there’s no need to launch new tablets”

However, Yu Chengdong convinced Huawei to produce more as he saw a demand for larger screens. He then gave the tablet lots of features which may make it appealing to some industries. Here Chengdong is probably referring to the presence of a stylus, the M-Pencil.

Either way, in our opinion, the Huawei MatePad Pro series should have been available in bigger screen sizes since the beginning. How’s it supposed to compete with bigger tablets such as the iPad Pro 12.9-inch otherwise? Well, at least they finally understood consumers want larger displays. Better late than never!