Facebook Twitter Youtube
[Update] This is the Sony PlayStation 5 development kits with what seems to be a prototype of the new DualShock 5 controller and not the PlayStation 5 console.

A picture of the Sony PlayStation 5 development kits with the new DualShock controller has been shared on Twitter, and quickly caused a stir among users. In it, we see two development kits, which meet the design already confirmed earlier.

What immediately stands out in this new leak is the DualShock 5 controller. Although it appears a bit far from the camera, some noticeable differences from the current DualShock 4 is already noticed. 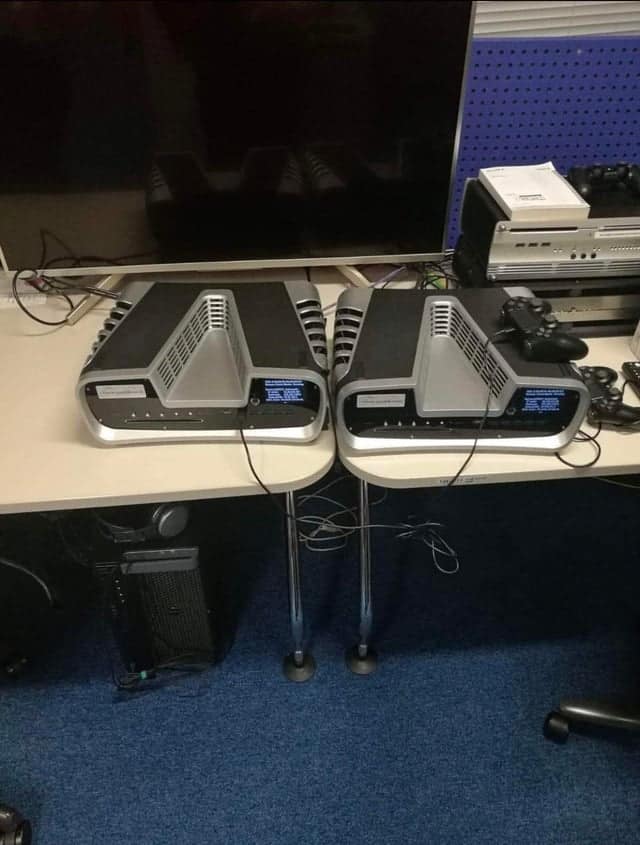 PlayStation 5: DualShock 5 triggers (R2 and L2) will be larger than DualShock 4

First of all, it does not have the light bar. As already disclosed in a patent on the LetsGoDigital website, in this image the triggers (known as R2 and L2) also appear to be more pronounced.

In addition to these details, We think that DualShock 5 also has a built-in microphone. However, it is impossible to understand if it is present in these images.

As you know, DualShock 5’s should be more advanced than its predecessor. The speakers will be better, and the triggers should also adapt to your needs.

The battery should also be larger, and charging should obviously be via USB type C. We expect that the control hand will be slightly heavier than its predecessor, but judging by the image we will not have big aesthetic changes. It’s only an improvement over the previous generation.

It is worth to mention that After months of rumours, Sony has confirmed that the PS5 release date is Holiday 2020, setting up a battle royale between the PS5 and Xbox Project Scarlett for Christmas 2020.

[Update] This is the Sony PlayStation 5 development kits with what seems to be a prototype of the new DualShock 5 controller and not the PlayStation 5 console.

Next Apple iPhone 11S series will encounter a large-scale replacement